Home / local / THIS PYTHON MUST NOT DANCE! BY BUCHI NJERE

THIS PYTHON MUST NOT DANCE! BY BUCHI NJERE 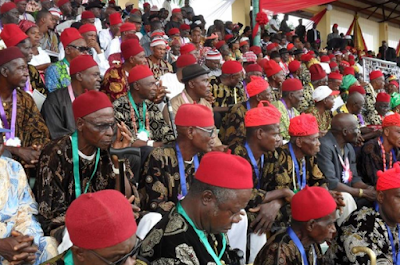 The python in many Igbo communities is a sacred animal, a revered deity and protector.
It is also a stalker that pounces on its victim unannounced, without provocation.
The python does not dance. Its only dance move is a deadly swing when it whirls its victim, constricts it and then swallows it whole.

This animal presents a great contradiction.

Is this playing out in the deadly misadventure the Nigerian military is undertaking in the South East? Like the python, like the government; a protector that kills because it can?

We all should be worried. Nigerians must not feel outside their own government because of a political choice.

Nnamdi Kanu and his IPOB do not represent the Igbo nation. This has been made clear by not less authorities than the governors of the five states, and of course the leadership of Ohaneze.

And as expected the judicial process is on for Kanu to answer to the charges brought against him by the federal government. We must allow this to continue. Bringing in the military, in whatever guise, is a clear attempt to terrorize the innocent people of the South East and other Nigerians who live and do business in the region.