Home / local / On The Proscription Of IPOB, Five Things! By immanuel james ibe-anyanwu

On The Proscription Of IPOB, Five Things! By immanuel james ibe-anyanwu 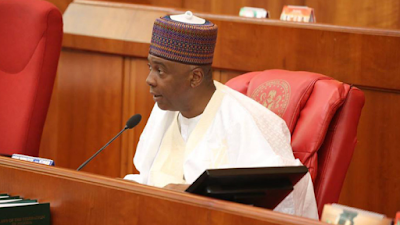 On the proscription of IPOB, five things:

1. There is nothing much to celebrate in Senate President Bukola Saraki's statement that the proscription was unconstitutional. He merely stated the obvious, and scored a personal political point, which folks are celebrating for nothing. He didn't condemn the idea of proscribing an advocacy group. He only asked that due process be followed to legalize impunity.

2. President Buhari has listened to Saraki and has initiated the due process. Given our very powerful presidency, the very simple process will pull through and in a matter of weeks, IPOB will officially and legally become a terror group. So tell me again, how has Saraki's statement helped IPOB?

3. The process doesn't involve the National Assembly contrary to what Tope Fasua thinks, who also thinks the rule of law should be set aside in the matter in a democracy. He is arrowhead of a new political party called the ANRP. Don't vote for them!

4. Once the process is through, anyone arrested for being a member of IPOB will be tried as a terrorist and that will be legal.

5. President Buhari has initiated a peace mission in the South-East, even as his party has begun a series of meetings and consultations on restructuring. His peace team should speak with Ohaneze, rather than with the governors in whom the people have no faith. Force and official highhandedness are actually working in curbing the activities of IPOB, but at the expense of human lives, peace, and liberty, even as they deepen sectional hate between the North and the East. And sadly there is only the stick but no carrot.
Share on Facebook Share on Twitter Share on Google Plus