Home / fitness and wellness / How Many People Can Boast Of Drinking Water From The Well? By Darren Idongesit!

How Many People Can Boast Of Drinking Water From The Well? By Darren Idongesit! 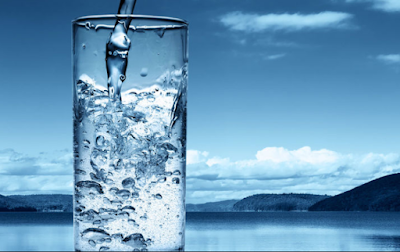 Well, our sheltered lives in the city don't afford us such 'modern luxury' but I did just that quite recently.

The only other person I know who has drank from a well is Jesus Christ and even Jesus knows well water is turbid and unclean.

I recently drank from a well in the village, a dirty water so intimidating that I was frantic with desperation; refusal would have meant disrespecting the culture of the host and drinking would mean taking in something likely infested with parasites but at last the tension was diffused as a mother lovingly gave same water to a baby even to my dismay, a smug dismissal of my complaints to the mother showed that she saw no inherent danger in drinking the water; if a baby and Jesus took water from a well, I certainly could and I did.

A bit of that subtle umami and quite the irritating aftertaste, however, in such regal comforts comes the need to consider philosophy!

Philosophy is not a child of comfort, it is borne out of moments of tribulations, doubts, and intense pain.

To explore a philosophical exercise which we will eponymously call 'The Well Water Paradox,' we will consider two important areas in philosophy and a third which I would use an 'abeg' clause but entirely optional for the reader.

First is Logic and Reasoning; you will pretend to have these two qualities just for the exercise.

Second is a product of naturalism- empiricism.

Third is when I use an 'abeg,' as we employ an optional tool for the exercise, the use of empathy for human beings, placing their safety and needs ahead of the supernatural or divine as exemplified in Humanism. This third tool is entirely optional but would help in the exercise if applied.

We work on the premise that a god like Jesus has the following qualities;

For simpler terms, Jesus knows everything from the beginning to the end and he can do anything at all as well as be anywhere he so desires.

'It is empirically proven that parasites are carried in open and dirty waters, established scientific knowledge and research also show that these water-borne infections cause plenty deaths especially for children.'

So based on the omniscience of god, it is logically deduced that he knew of the science behind water-borne diseases and it's it's epidemiology; we can also assert that the Jesus of his era knew how to make simple hand operated water pumps which could provide clean drinking water because he simply knows everything;

Why did Jesus not teach the people of his era about the dangers of
drinking water not fit for consumption?

Given his plenty showing offs like turning water into wine and walking on water, wouldn't it have been great to show off with clean drinking water for his community?

Why didn't he engage in that community development project as an omnipotent and omniscient being?

Did he lack empathy and does he still lack same given that children still die of water-borne diseases today?

Do you now see the paradox?

The contradictory nature of an omniscient, omnipotent, and omnipresent being who loves to show off?

The greatest miracle would have been the education of his people on how to get clean drinking water but he didn't........ this can lead to one of two conclusions- he doesn't exist but if the insistence of the reader is to the opposite and he does exist with the aforementioned qualities then that particular god is insensitive and malevolent; would we still have honour in worshipping a malevolent god?
Share on Facebook Share on Twitter Share on Google Plus