Home / international / Five Years Now And Wikileaks' Julian Assange Is Still Holed Up In The Ecuadorian Embassy In London! By Immanuel James Ibe-Anyanwu

Five Years Now And Wikileaks' Julian Assange Is Still Holed Up In The Ecuadorian Embassy In London! By Immanuel James Ibe-Anyanwu 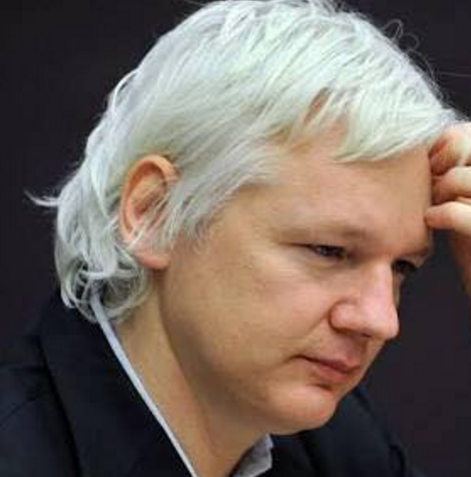 Five years now and Wikileaks' Julian Assange is still holed up in the Ecuadorian Embassy in London. Imprisoned on his own terms. Once a darling of the global activism movement, Assange has been victim of a fantastic global indifference. The London police have remained captive to their own vigilance, in five years stationed in the Embassy, waiting for Assange. Shine or rain.

Assange, that white-haired geek who popularized the very act of Whistleblowing, now state policy in some countries. Even with some health challenge, he dare not step out, nor are doctors willing to go treat him there. He lives an infinite stretch of monotony.

"The walls of the Embassy are as familiar as the interior of my eyelids," he once told a reporter. His sentences often alight impromptu, yet fully dressed in true art. Computer man, literary man. I await his book.

I await also a movie on Assange. Not "The Fifth Estate."

True activists fascinate me. True, purposeful rebellion, in which family, livelihood, comfort, and safety are traded for the repercussion of truth.

Truth is a punitive expression that sets the teeth of power on edge.

Soyinka. Assange. Justice: I love them.

There is no true activist without repugnant character, alleged or real. Soyinka had been charged with armed robbery, charged with violence. Assange, with rape. None proven. Which is why I still respect loud-mouthed, pompous Nnamdi. To forsake oneself for Purpose is something. Courage goes with a certain dint of hubris, of deviousness.

True activists are not intended to be clearly understood. To be able to make sense, they have to offend—which is annoying. Mysterious, and then disobedient on behalf of truth, they are kept aloft by an inscrutable power.

Assange is still holed up in that embassy for the sake of a world that has forgotten—impaled by a sharp, vicious diplomacy. I think of him a lot, my Mann. Why does he still care when no one gives a damn? The true activist is driven by purpose, not by external validation. There is no end in sight for the fairly spacious incarceration that is his life. Assange—his own eternity came while he's still alive on earth. Assange!
Share on Facebook Share on Twitter Share on Google Plus