Federal Government Should Dialogue With Kanu Through Ohaneze And The Eastern Governors! Says Kayode Olagesin 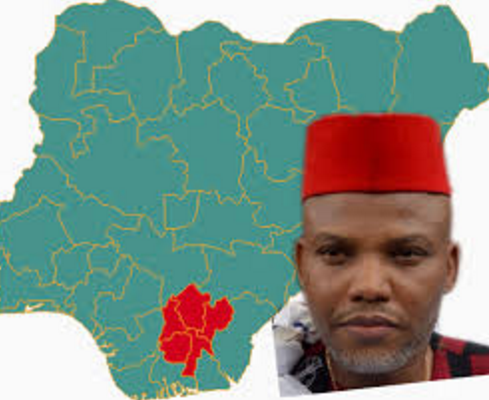 Ken Saro Wiwa advocated peacefully. He was a reasonable man. He was killed. The Niger Delta cause became violent. Mohamed Yusuf preached a radical brand of Religious extremism, he was arrested and killed, extra judicially.

The sect turned violent. Nnamdi Kanu despite his rants and IPOB have not been violent in their call for Biafra. Rather than call for a referendum or pay serious attention to the call for restructuring, as a middle ground, the Nigerian government is rolling out the tank against a MOB (that is a single word that sums up the description of his followers.

From a psychological point of view a mob has the brain of a 6 year old). The government is taking violence to them. Those who fail to learn from history are doomed to repeat it.

We simply should stop condoning what is wrong because when the shit hits the fan, it will affect us all.

The Federal Government should dialogue with Kanu through Ohaneze and the Eastern Governors or call for a Referendum. But if the attitude of government continues they will continue to win sympathy for a cause that many do not really wish to identify with.

In the end, which ever way this goes, it will be Buhari's legacy. I hope he will recognize the importance of being recorded in the right part of history and act like the statesman his antecedents prove him not to be, but I hope that like the message he preached, he can CHANGE to become.
Share on Facebook Share on Twitter Share on Google Plus