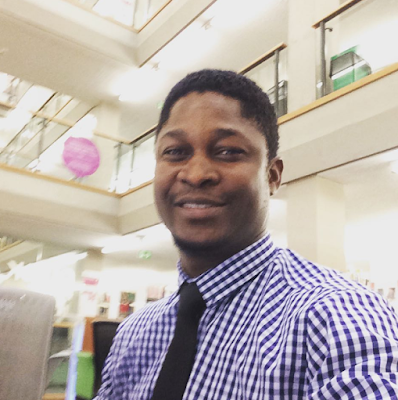 Questions like this are understandable, it stems from an insecure base and I honestly empathize with such people because deep down inside their heart, they feel threatened due to a misconception passed for which I would blame some feminists including myself; the misconception that feminism is a fight against men or it's a movement that will make men lose their self-worth and respect but this is not the case.

A support for women is not a hatred of men; to think so would be irrational and rather misplaced.

Just like feminism is misconstrued and stereotyped as a movement of angry women, these same stereotypes especially about women in general, this is what the movement attempts to educate the public on and hopefully address same for a progressive and egalitarian society.

What are the common stereotypes that border on misogyny;

1. Women don't understand mathematics!
This is not true, analytical thinking is an ability that any gender can learn and develop to the heights possible for their person. If women don't know their numbers, why was Dr Ngozi Okonjo-Iweala the sole proprietor of number crunching during one of Nigeria's most prosperous years?

Not only was she the finance minister, she was also coordinating the economy of 190 million people, the largest and fastest growing economy at the time. The quarterback responsibility of the whole economy and finance rested on the shoulders of a woman and she had to know her numbers to even do what she did.

Today's computer programmers, most of them men, have had it easy; the beginning of programming language was hard, thousands of calculations were done by hand but while the early days of programming was hard, Lady Ada Lovelace stood out as a pioneer in the field of complex algorithms. The tradition of women in mathematics saved the Allies from defeat by Hitler's behemoth army but history remembers the Spitfires and the men who flew them bravely but just a footnote on the teams of mostly women who were crunching numbers and codes to pinpoint enemy positions for easy targeting; this was when a bad calculation could mean the difference between life and death yet women triumphed with accuracy.

2. Females are flamboyant and they love colours!
If we go by this stereotype and care to look beyond our shortsighted preoccupation with Homo sapiens, we will discover that humans seem to be the odd exception as most species have males being more colourful and flamboyant especially in the arboreal species or birds. So humans are the odd ones out and I strongly believe it's a learned trait to like pink and bright red lipstick besides, we have men who love pink and women who can't wear anything other than black or grey.

The flamboyant red soled Christian Louboutin stilletoes may be fashion statements by women but do you know that the first fashionable high heels were worn by men? A particular French king even had a decree that nobody but himself could wear bright red heels, such a diva by today's standards.

Some men are equally as flamboyant as some women and the stereotype doesn't fit all women.

3. Women dey do shakara too much!
This is another stereotype that is passed but more often than not, a man's approach would determine how he is treated by the opposite sex. The term shakara has seemingly negative connotations of pride, false sense of importance, overly attached to ones looks, all signs of narcissism.

To begin with, I've seen men preoccupied with their good looks that they apply powder to the face regularly, get ample mirror time as well. Even the term narcissism is derived from a male character called Narcissus, he was so proud and did shakara to his admirers until he was set up by being led to a still pond and he saw his pretty face, myth has it that Narcissus couldn't stop looking into the pond in admiration of himself until he died!

Don't make it seem like women are the only ones doing shakara, men do it too.
There are a lot more stereotypes like the myth that women are stingy with their money when this isn't the case. So much to write on the stereotype of women not making good leaders but it turns out that in the Fortune 500 companies led by women, they tend to have relatively better worker satisfaction and growth.

Stereotypes don't help as I stand before you today-okay not literally standing before you- to prove that the stereotype of feminism being a movement of angry women is wrong.

There are male feminists because the conscience of an educated and enlightened person should seek fairness and equality, but in a society with so much injustice and inequality, one might appear angry, now this is the critical bit;

"Feminists are not angry at people, they are indignant at institutions that promote inequality and violence against women, maybe if we all had a conscience, you would be upset as well."

So in conclusion and to render justice to the aforementioned question, feminism is not a hatred of men but a fight against inequality and I would be the first to support men in Nigeria if they were in the same position that women find themselves in our society today.