Home / local / 7 Points To Note And Why I'm Against The Federal Government On Biafra! By immanuel james ibe-anyanwu

7 Points To Note And Why I'm Against The Federal Government On Biafra! By immanuel james ibe-anyanwu 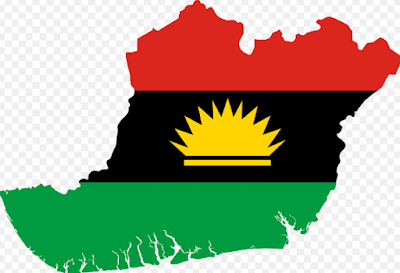 2. I've heard people say stuff like: Igbos have the right to secede but the way they're going about it is wrong. I have realized that many people are illiterate about Government. There's actually no civil or legal way to get a secession under a Federal Constitution. If you want them to go about it by polished, civil talk, MASSOB already did that. What happened?

3. One of the only ways to get secession is agitation and, in the case of IPOB, non-violent agitation. Still, by nature, agitation is not civil. "Agitation" actually means "anger." There is hardly civilized anger in political clamour. How else do agitations go all over the world? They are aimed to provoke and create an atmosphere for dialogue, which can lead to a political solution. Agitations are not undertaken in soft-spoken, gentlemanly, good English.

4. There is apparent injustice against the Igbos in the government of Nigeria. It didn't start with President Buhari, but he has deliberately taken it a notch higher. There is no doubt the President dislikes the Igbos. But somehow I understand with him: he ran for president twice with Igbo men and was rejected by Igbos. This is him being human and vengeful, and unfortunately undermining leadership.

5. South-East lawmakers alone cannot change the constitution or even start a constitutional review process because they lack the numbers, which is part of the imbalance under question. So those who are asking that Igbo politicians employ legislative means to solve the problem don't get it. The only way actually is agitation, which can lead to a political solution: Nigeria can then set up a league of high-powered Ombudsmen—call it a National Conference or whatever, to:

a). To kickstart the process of constitution review to allow for secession under our laws, which will outline the modalities for a referendum and so on;
Or b). Make recommendations for restructuring.

6. The Federal Government will hardly allow for Biafra. Not because it loves the Igbos so much as to want them to stay. The government knows that once you set that precedent, the Niger Delta and other "juicy" regions will demand for theirs too. Biafra going will scatter everything. So the blood being shed is not to keep Nigeria one, but to protect the wealth of the political elite benefiting from a shambolic, unfair nation.

7. Things have already gone a bit too far: To withdraw the army from the region at this point will jeopardize the lives of Northerners there and create a bigger crisis. To leave the army is to deepen fear and abuses. Bringing in the police won't stop the reprisals that can come. Nnamdi Kanu will accept a soft-landing, knowing that he can't win this. The Federal Government should swallow its pride in the interest of peace and the lives of the innocent, by setting up a pan-Nigeria team to dialogue with IPOB, starting with Ohaneze, and gradually withdrawing the military who must have changed approach in the meantime. The South-West agitated in an even hotter manner over June 12 and got the Obasanjo presidency in compensation. The Niger Delta did and got the NDDC and Jonathan. Let this be an opportunity to address some of the injustices in the Southeast region.
Share on Facebook Share on Twitter Share on Google Plus