Home / international / WHY IS AMERICA HAVING A MELTDOWN OVER TRUMP'S COMMENTS AND WHY ARE SOME TRYING TO REWRITE HISTORY? BY OPE BANWO

WHY IS AMERICA HAVING A MELTDOWN OVER TRUMP'S COMMENTS AND WHY ARE SOME TRYING TO REWRITE HISTORY? BY OPE BANWO

So in a fit of self-righteous indignation, many Americans want to remove and erase all the statutes of some of its previous 'Heros' who ended up on the wrong side of today's wisdom? Really? That is so lame and foolish really. 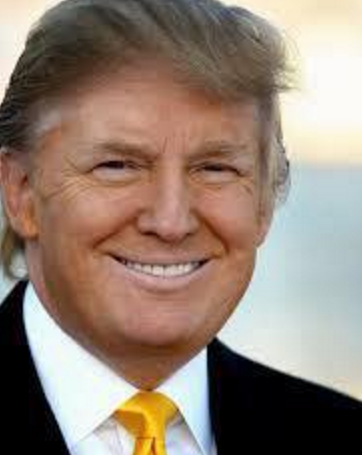 I know lots of my friends will hate me for this but I march to my own thoughts and convictions on ANY issue and will not follow crowd thinking if and when I consider it wrong or not well considered.

So, first on the statutes elimination, I think it's kinda stupid and a wrong emotional reaction to a serious condemnable situation

Besides I think they are confused and hypocritical. If you must judge past leaders in the light of today's thinking, then why are they not renaming WHITE HOUSE? Why are they not pulling down statutes of Washington and renaming streets and monuments named after him ?

After all Washington and Thomas Jefferson were indeed big time Slave owners. But of course the CNN idiots found a way to differentiate between Thomas Jefferson (who by the way was only a leader of about half of the country who wanted to keep blacks as slaves. The same half of the country who are still part of USA after having lot the war!) , from the leaders of the losing side in American Civil War.

By the way, A lot of those shouting holier-than-thou today are CHILDREN and GRAND CHILDREN of some of those same segregationists. Why didn't they change their names too or burn pictures of their great grand fathers ?

As a matter of fact why not just tear the DECLARATION OF INDEPENDENCE document since about 30% who gathered and self righteously declared in writing that ALL HUMAN BEINGS ARE CREATED EQUAL were hand-carried by SLAVES TO THAT SAME CONVENTION which means by implication many of the so-called patriots who signed the Declaration of Independence of america WERE RACISTS, who didn't consider blacks to be HUMAN BEINGS, and that should invalidate their work or declarations if we want to judge them by currrent wisdom or thought, right? .

Can you see the incongruity of trying to judge people and their thoughts in the past by the standards of today? What is considered great thinking today may be a capital crime tomorrow. ( Remember there are efforts right now to classify calling someone 'gay' and 'lesbian' as an abuse as a hate crime. Yet just 20 years ago the whole society will gladly jail anyone daring to claim to be gay.)

And while we are it, why does many in the country seemed to be having a collective meltdown over the 'both sides have some blame to take ' comment by President Trump? Is that not obvious from watching the video of what we call '2 fighting' when I was growing up? When you get involved in a 2-fighting incident by father will Flog BOTH me and my brother very well for being unruly and a nuisance to the neighborhood and ourselves just for fighting. It's always Later after the flogging that he would then now ask us to make our case about who is right of wrong.

Sure Trump is a hard man to love because of his many non-political correct statements but anyone who says ONLY the crazy deluded bigots on the far right calling themselves white supremacists (a point that Jesse Owens proved was stupid right in front of Hitler by the way in the 40s, and which many black people have proved is an idiotic claim many times over that whites are superior in anything just becos they are whites ) are wrong in Charlottesville is just being unfairly emotional

The whole idea of America and it's much vaunted LAND OF THE FREE slogan is that any idiot can say whatever he thinks and demonstrate peacefully in support of what he thinks. So I agree with Trump that the ultra left people who think different were wrong to disrupt the supremacist rally. The supremacists after all had a legal permit to protest the removal of the statute of their hero even if we all consider them hateful for their views. And more importantly those who organized a counter protest to disrupt them had no permit. How come people refuse to call that?

That is a fact from my own point of view. Racists do not fight themselves and the fact that a fight ensued meant that NON RACISTS chose to go confront racists doing a peaceful march ( and didn't bother to even get a permit to do so!)

Sure, I think it's retarded white person or any person for that matter to think he is better than me just becos we have different skin colors but I also agree with his right or say it and look ridiculous for his stupidity.

We all keep forgetting in our rightful passionate opposition and disgust at such extreme views that FREEDOM SHOULD NOT ONLY BE ALLOWED BECAUSE SOMEONE AGREES WITH OUR POINT OF VIEW OR NOT.

I know lots of my friends won't agree with it but that is my position on this volatile matter and I refuse to just keep quiet becos of fear that what I have to say is not popular.

My clear position is that Extremists on both sides need to be opposed!

... And I also think pulling down some 100 year old statututes that represent the HISTORY of a great nation (good and bad) is a poor way to deal with the condemnable issue of white supremacists.

In effect what America is doing is exchanging one form of INTOLERANCE FOR ANOTHER.

Tomorrow they may say it's wrong to say JESUS IS LORD OF ALL simply some powerful people on the left beleived there is no God or that they came from some lizards by Evolution. Those supporting this blanket muzzling of all 'extreme' views need to be aware of that.

After all , What is normal thinking today may be considered extreme views tomorrow and from the way th world is going and the way the far left is destroying anything it does not agree with, very soon simply going about saying that JESUS IS THE ONLY WAY TO HEAVEN may soon be considered a extreme view that deserves to be silenced. Churches may start getting burnt down for daring to say ONLY ONE WAY GOES TO HEAVEN. You only need to exercise deductive projection to see how this all these intolerance for any views we don't like is going.

In case you think I am being melodramatic , it is not up to 60 years ago that you will get killed just for owning a bible in Soviet Union ( and 2,000 years ago people were BURNT ON THE CROSS just for proclaiming Jesus!). I think it is still a DEATH PENALTY OFFENCE to go on the streets of Mecca today and say Jesus is Lord of all!