Home / confession / Purpose Of Posting About Mental Health Issues Is Not To Garner Sympathy! By Darren Idongesit

Purpose Of Posting About Mental Health Issues Is Not To Garner Sympathy! By Darren Idongesit

The purpose of posting about mental health issues is not to garner sympathy, pity plays no part in making posts online. 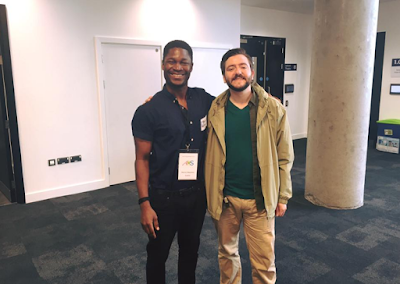 The reason for making posts on MHIs is to create an awareness, a plea for understanding; we should understand the thoughts and tribulations of others if that would ensure a better informed public.

Basically, I don't want your pity, I want understanding; follow my line of logic and tell me if I am insane or not.

Posting constantly online, serves as a psychiatric evaluation tool with feedback mechanisms in place and abundant peer review of posts, that is if I can bastardize that phrase for the purpose of this post.

How should a depressed introvert evaluate his line of thinking save for putting same forth online?

The fear of hallucination or wanton thinking is opposed to a fettered thinking, a constrained thought process consistent with dogma and tradition. The need to post online is a constant reminder to put forth ones thinking on a public platform yet no physical access to oneself by those who would want to hurt the thinker. Online interaction offers the introvert a buffer to engage in a safe manner, a disagreement is resolved without a need for personal attachments.

I fear a day would come when my logic becomes incongruous and my speech, that of a schizophrenic babble. This fear is predominantly the cause of anxiety and I have no option than to constantly ask if I am thinking properly.

I invite others to assess my thinking and critique because this gives a feedback that reassures me of sanity, I don't want to be insane; I don't want to lose touch with sanity and I mean every word of that.

So how do I handle my mental health issues; an answer worth elucidation for the passive audience confronted by similar situations.

You are constantly afraid that you might be insane and your thinking incompatible with the norm.

Hello! I will guide you but this is not a blind man guiding a blind group, this is thinking stripped to it's barest and evaluated at each point to ensure logical consistency.

I want to reassure the introvert who is afraid of losing sanity, you are not alone.

I have bought resources and participated in the topic of critical thinking, this is the height of evaluating if you are insane or not.

If you are insane, it would be obvious, the fear of losing sanity is irrational but who am I to convince others of this when I am constantly plagued by same fear?

So in the spirit of welcoming the random online character to ones logical process is to give examples of how I think, your feedback helps me evaluate if I am crazy or not;

I am an atheist, this is because I was introduced to violence and the abuse of parental authority at an early age.

So on the above mentioned premise, I came to the conclusion that people in authority are not to be trusted including our own parents especially fathers as the case may be in Nigeria.

So I put forth my thinking so others can evaluate if I am unreasonable.

So a father abuses his position and tortures a child but society makes it seem the child is a lunatic for challenging such authority.

I drew the regrettable analogy between my all powerful father and the god of the bible; a male character who uses violence to ensure absolute authority over his subjects.

This has been a fundamental reason for being a feminist and nonreligious; I am not insane to challenge a supposedly unquestionable male figure. I am not crazy to do so, if I must argue.

Being a feminist is fundamental to asserting my mental wellbeing and I have no other way of knowing if feminism is a symptom of schizophrenia or a just cause backed by reason and compassion but what I know to be wrong is a an unquestionable male figure, no society should harbor an unquestioned male figure be it a god or mere beings.

Am I insane to think the god of the bible is to be despised?

If I go by the public opinion of Nigerians on the streets then I would surely check myself into a psychiatric ward but how about we explore the concept of critical thinking?

I have a position I want to persuade the audience to but that requires an argument so I will say something like;

"I don't believe in god because the god of the bible is violent and patriarchal!"

This is not a sufficient reason to persuade others, this is a mere assertion I have made without the reasons for such conclusion.

Thinking critically requires not simple assertions but reasons to support an argument;

So I refer to Numbers 31: 17- 20 where the god of the bible condones the killing of children and women then the requirement to render the murderers clean is a ritual cleansing outside the camp. There are more chapters where the same god does even more evil things and I say I don't believe in such evil creatures even if the bible was sufficient evidence to based our thinking on.

It's not insanity to say that killing women and children is wrong and any religious book that contains such ought to be reviled.

These examples are reasons that support the conclusion that such deity is malevolent and deserves no acknowledgement amongst 21st century morally upright people.

So using critical thinking, I have concluded that worshipping such a god is immoral and its left to the public to decide if I am sane or not, logical or babbling.

A second aspect I want to draw the public to is on the issue of sex and the need for human interaction;

Am I insane to avoid serious relationships with the opposite sex or is there a logical basis for such behavior?

Remember this is an pseudo psychiatric evaluation and feedback is important to accessing how I think.

I am simple in thinking and as such incapable of complexities especially in interpersonal relationships. Some Nigerian men lie to women in order to obtain sex; some go as far as promising marriage to get the attention of women.

I am a Nigerian man and I know these things so I want to ask if I am insane for opting out of long term commitment because I don't want to lie to a woman?

Is it a bit crazy to reject serious relationships because one is not emotionally prepared for same and being honest about it.

Is it crazy to say that a mutually agreed contract for sex or in simple terms, prostitution is the rational thing to seek rather than deceiving women in order to obtain sex?

The charm is there, the ability to seduce is top notch but I have never seen any Nigerian lady that wants sex without a serious commitment so I keep a straightforward approach of not approaching anyone for sex, still have a decent record of 2 years, 8 months, and 15 days celibate and this was due to the moral dilemma of obtaining sex without the need for a serious relationship.

So when talking about sanity, one has to discuss at length, even seemingly mundane things as sexual preference.

So in simple terms, you are honest and can't go into a serious relationship because you are going through perpetual seasons of sadness that requires being alone yet the sexual urge is there to force some sort of interaction with the opposite sex.

The extroverts can form such relationships to assuage the natural urge but then how about the introvert who wouldn't lie about not wanting a relationship in return for sex?

How about a fee for sexual favours knowing the adult will leave after the deal is done?

These are thoughts that require the wider population to assess if it can also come from the ambits of sanity or not.

So many things that run through the mind of an introvert but so little opportunity to share with others due to the obvious need to keep people at bay.

Sanity or insanity, a harder choice to make when the nuances of thought is carefully considered.

Do help with an opinion, I need all the feedback I can get.