Home / education / N10,000 For The best Graduate In A School And The Nerve To Build Fanfare Around It! By joy isi bewaji

N10,000 For The best Graduate In A School And The Nerve To Build Fanfare Around It! By joy isi bewaji 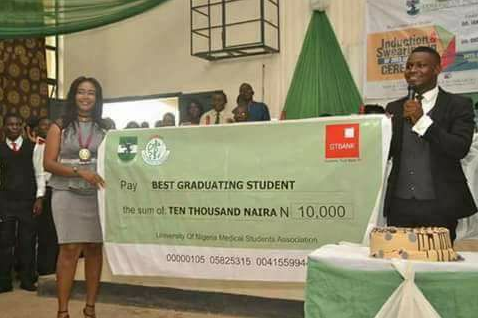 Only me and my empty bank account did that for secondary school graduates of Lagos State Model College, Kankon. That school meant everything to me.

There was a Lagos State official at that event oh. He came to speak grammar and pray for the children. Not one dime dropped from his pocket. When he heard the amount I had spent on the students, he came over to shake my hand.

"Well done," he said. And I despised him immediately. I despised everything he stood for. The wreck that LASMOCK had become. The neglect. The beauty and promise licked dry. Over 5,000 students using the same resources and facilities we used when the entire school had just 650 students in 1995. I despised him. I went home and cried. Nothing had prepared me for the mess that I saw at my dear alma mater. It broke me. And I prayed that someone be punished for it.

I was going to talk about this comedy performance by GTB. But I hear the dummy didn't come from the bank. Still it looks tacky.

N10,000 for the best graduate in a school and the nerve to build fanfare around it. The banner itself should cost a whole lot more.

It can't get you a smart phone.

Buy a large-size pizza and finger bread with Coca-cola, that's it.