Home / local / At this rate; History Will Be Much Kinder To GEJ Than Buhari! Says Obinna Aligwekwe

At this rate; History Will Be Much Kinder To GEJ Than Buhari! Says Obinna Aligwekwe

GEJ left a legacy of tolerance which even though not unheard of, was a first in Nigeria. 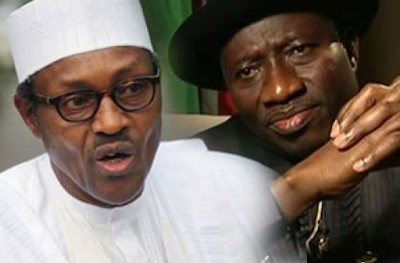 He supervised the process that sacked him without bloodshed.

The current drive against corruption has so far been a half hearted attempt and been seen by Nigerians mostly for its propaganda value more than institutional sanitisation.
-------------
Buhari on the other hand is struggling with a horrible legacy of being a highly divisive and intolerant personality.
In a diverse nation like Nigeria, that kind of negative trait is likely to do you in more than anything else, especially when the economy is not really in good shape.

The anti corruption fight is not even coming near redeeming the man for the very reasons I mentioned above.

The illness that is not even his fault, has been horribly managed by his advisers, and has betrayed a man who is ready to sacrifice whatever integrity he claims to have by tolerating these side shows and distractions.
Very few Nigerian leaders are disliked after they have gone.
PMB is really working hard to be one of them.
Share on Facebook Share on Twitter Share on Google Plus