Ok. Now stick to the story. For once, pretend you have a brain that works; that the nerve cells are coordinated to communicate effectively. 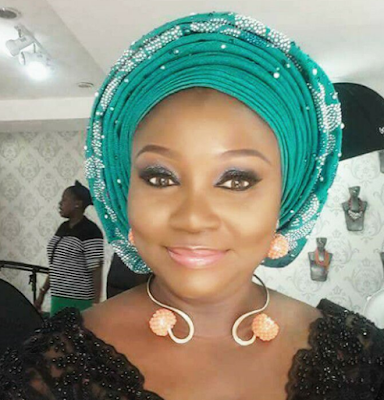 Everyday we read stories of 70 year old men raping 9 year old children. Nobody takes the story out of context. The stories remain intact. We do not analyse the life of the men or bother to scrutinise their activities.

Recently, a university student killed a child - raped her and cut out her vital parts. The story hasn't been edited and produced as a soap opera. It won't face that kind of humiliation (even though it deserves to), because we believe, in some ways, that vicious crimes and murder are the sui generis nature of men.

Last week was the end of weeks of rape stories splattered all over Facebook. As regards rape and murder, men happen to carry the gold badge. Not once has any of these men who rape and kill get the honours of featuring on a reality show that exposes their personal lives.

You know why? We still do not believe a man can be shamed. Only women get the privilege of been dragged by nude threats and bitter judgements.

A doctor killed his pediatrician wife last year; did we get the blow-by-blow account of his age, the size of his genitals and his activities away from his honourable profession? Of course not.

When a man commits a crime, we sigh and cry and leave it to God.
When a woman commits same crime, it's a different story.

So this woman killed her man at Delhi, Indian. We analyse the crime for just 30 seconds... then we move into vile enterprise. Scatter her wardrobe and get more juicy tales.

It's not that she killed her man... for the Nigerian observer, it is her audacity to kill this fine boy. This fine boy that could have married any of you and you'd suck his toe in appreciation every day.

We drag her age into the matter (something that never happens to men who kill children and women)
We wonder what "he saw in her". How did she become the one? Why choose her? She is not even fine sef! How did he end up with her.

We call her ashawo/prostitute. We tell the story of how she moved from Taiwan to Haiti to India looking for dick. We tell lies of how she jazzed him and closed his eyes to other women.

We say he built mansions in her village and bought her mother posh cars, but he was yet to buy land in his own village, across a pond.

We zoom the pictures in, "Ah! Stupid woman! She's even bleaching!" we cry.

We zoom again, and judge the weight of her arms. "Those arms can kill a man. Old woman arms," we lament.

You want her lynched and burned for killing him; for not appreciating this man-business that you all are enrolled in and yet to find employment. She is your scapegoat for the lack of love in your life. You shall pour all your man trouble and frustration on this murderer who let a good man die. After all, "men are scarce". Abi?

For a woman, it doesn't stop at the fact that she killed someone and justice should prevail. It goes deeper than that.

For we are yet to accept that women are human enough to be anything except docile. So when a woman wears evil, like Evely has, we want her to know that on the scale of importance and rights and privileges, she is sheep.

Maybe I watch too much C&I. I can't understand what makes this case any different from the 14 year old girl killed by her rapists.

Have you bothered to find out how that case is going? Have they found the boys who raped and killed her? Of course you haven't. You are here strictly for the next entertaining, clitoris-tickling gossip.

This one happened in Nigeria. When the boys are finally found, we will post their wretched pictures with a caption: "Evil men. God help us." And that would be it. Not one person will zoom to analyse their age, skin, or where they are coming from.

It wouldn't matter. But for a woman, shame is a weapon we believe must crush everyone with a vagina.

Last week it was nude threats. This week, shame the woman murderer. Next week the people who gathered to defend nudists will gather to shame some other woman. Because shaming a woman is fucking exciting. You have tried to repent, but you can't. The minute they knock at the door of your inbox with the opening... "Did you hear what Lara did?" You leave all the work you have to do, balance the laptop between your thighs so your vagina gets enough air... as you start the process of shaming another woman.

This woman killed her husband, period. Stick to the matter. Call for justice.

But since it's so far away in Delhi, how about you pour all that angst and bitterness into the latest case of a little girl raped and killed by a university student for the all-important purpose of get-rich-quick. It happened right here in Nigeria!