Home / local / A Culture Of The Unquestionable Male Figure Is At The Root Of Our Problem In Nigeria! By Darren Idongesit

A Culture Of The Unquestionable Male Figure Is At The Root Of Our Problem In Nigeria! By Darren Idongesit

The system that sustains an unquestionable male figure is patriarchy and to have an unquestioned dictator at the apex of building units and society at large requires intimidation and often violent force. 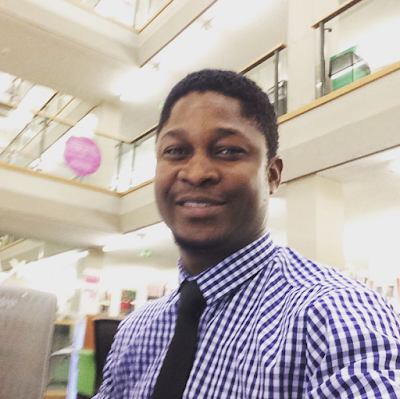 From the insecure father making terrible decisions like restricting his wife from economic and leadership roles to belching out commands for favorite soups which sink an already paltry purse; the unquestioned male figure is used to such authority and privilege right from the cradle so he will never let others attain equality.

This figure will beat up his wife, burn her certificates, or literary opus capable of fetching her an income; the unquestionable man has to remain unquestioned and same way a dictator will use violence to ensure his position and privilege so those the man against his family.

Even when the woman manages to get an employment opportunity, he scuttles it with tantrums and when the woman gets a mediocre job that doesn't threaten the ego of the dictator, he orders that she submit her entire salary to him at the end of a slaving month.

The unquestioned man knows best what work is befitting for women and he becomes an excellent judge of how and when she can spend her income.

At the root of Nigeria's political and corruption problems is the unquestioned male figure, the society applauds him because he can make no error.

When it seems the unquestionable man may falter or get his ego bruised, the women and children take a beating, this reassures him of his phallic super powers.

From the ummuna in the village to the highest level of government, we have the unquestioned male making unjust pronunciations against women and children in a bid to perpetuate a patriarchal system that served them so well.

Unquestioned males like Buhari who can do no wrong because patriarchy protects them.

The unquestioned males like the 44 members of Kano's parliament who scuttle the chances of a single woman because the unquestionable man knows best what a woman should aspire to in life.

If Prof Remi Sonaiya or any other woman in politics made such lengthy and wasteful London pilgrimage, wouldn't the millions of insecure unquestioned men around the country get her out of office?

When will the Nigerian woman have the same privileges and protection accorded to unquestioned men?

The root of our problem lies in not challenging the concept the unquestionable male figure.

Men must be held accountable or at least to the same high standards that society requires of women.