THIS WOMAN IS MAKING MILLIONS SELLING JOLLOF RICE ON FACEBOOK! BY OPE BANWO 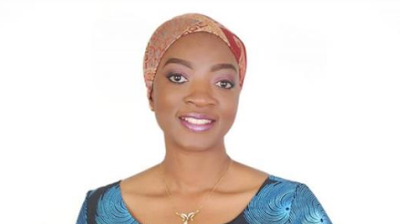 THIS WOMAN IS MAKING MILLIONS SELLING JOLLOF RICE ON FACEBOOK!!

HE WHO HAS EARS, LET HIM EAR! - I have been on a crusade these last 4 years or so, along with friends and young associates like Stephen Akintayo etc., trying to EDUCATE AND SENSITIZE people from Nigeria and elsewhere that the INTERNET presents the fastest solutions to eradicating poverty, unemployment and even improving our GDP.

- Countries like Philippines, India, and other poorer countries than Nigeria have embraced the new realities of the internet (and FACEBOOK) as a veritable engine of national economic growth.

- They are consciously PROMOTING the internet skills of their citizens,

- They are CHANGING their EDUCATIONAL CURRICULUM to reflect the realities of the internet for their new generations;

- They are creating ENABLING STRUCTURES to HELP their citizens get jobs ABROAD that pay in dollars,
-They are REDUCING OR SUBSIDIZING stuff like INTERNET ACCESS AND BANDWIDTHS to make it easy for their citizens to do internet business (in Nigeria, cost of internet access per month on the average is like 3 TIMES WHAT IT COST IN THE USA!! Shame on our leaders!)

Yet, what do we have in Nigeria?
We have Ministers who think Facebook is all evil.

We have leaders who do not even have Facebook or Instagram accounts, talk less of understanding their potentials.

We have leaders AND FOLLOWERS, who would rather fight over which road budget is cut or not, but won’t agitate for the government to create Netpreneur incubation centers to TRAIN AND EQUIP our youths, so they can then go out and bring in the dollars in income in a wobbling economy that CANNOT POSSIBLY EMPLOY ITS YOUTHS, GIVEN THE MESSED-UP STATE OF THE GOVT FINANCES.

We have governors who can’t pay govt workers constructing 10-LANE ROADS in barely modern cities, and they never considered having ANY BUDGET to elevate their citizens to position themselves for the global phenomenon of internet economy.

I WEEP FOR MY COUNTRY’s LACK OF VISIONARY LEADERS who can't see that we are already in the future!

I WEEP FOR THE TIRED AND EXPIRED LEADERS WE HAVE CHOSEN TO RULE OVER US despite having some of the most educated citizens in the world.

I WEEP FOR THE KIND OF BANAL, AND UNPROGRESSIVE, NATIONAL DISCOURSE WE ARE HAVING AS A COUTNRY, OVER STUPID ETHNICITY AND SECESSION, when the whole world is coming together as one.
ABOVE ALL… I weep for EVERY young and eager citizen who wants to learn to do business online, or get themselves employed for dollars, but can’t AFFORD high cost of INTERNET BANDWIDTH, or who do not have electricity to power their little phones and computers.