THE LONDON BUFFOONERY! BY KEN TADAFERUA 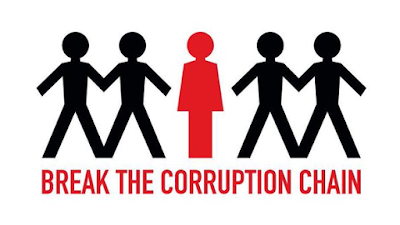 Shame is a feeling that ought envelope a person who is doing wrong or has done wrong. I think it is Aristotle who said: "while the sense of shame is not a virtue, the person with a sense of shame is also praised." Indeed shame is emotion, but one which guides us to virtuous actions or ethical character.

Nigerian elites/leaders suffer from a deep psychotic absence of shame. For nothing else explains their bizarre inclinations and odd proclivities, oftendevoid of that little word: shame.

Some 57 years after independence with trillions of dollars in easy oil revenues to boot and 210 years after the abolition of slave trade in 1807, our leaders and elites, continue to act in brainless and shameless slavery, still beholden to the development of their former colonial masters to the detriment of their own country.

They are unable to build world class hospitals, schools, infrastructure. Instead they troop to London for treatment, send their children to schools in London, fill London bank vaults and property market with billions of pounds they steal from their motherland.

The President of Nigeria lies, for weeks on end, in a hospital in London, capital of Britain, our former colonial master. We have no hospital that can effectively treat our President, after 57 years of independence, after trillions of dollars in oil revenues, after 210 years since slavery was abolished. Our teaching hospitals are decrepit. Our schools are hopeless. Our people steep in poverty. Our infrastructure are eyesores. We lack even rudimentary Medicare.

As if these are not shameful enough, these same locusts troop, and have always done so in past five decades, without an iota of shame, to London ostensibly to visit and pose for pictures, with our ailing President. But it is all about crass and gross political exigency, to retain the power to rape the country. Governors elected and politicians elected but refuse to provide good hospitals, herd to a good offshore hospital to visit our ailing President. In London. The capital of our colonial master's country.

If I were white, a Briton, I will hold in total contempt, these greedy horde of black men, Nigerians, with no
sense of history, no shame, no dignity, no love for their country and peoples, who pour billions of dollars into Western hospitals, schools, properties, banks etc. I will wonder if they are cursed. I will absolutely despise them. Their crass ignorance, lack of intelligence and primitive accumulation of monies to spend and salt away in the same countries that enslaved and colonized their forebears. They are the new slaves. They plunder their country and rape their peoples for their old colonial masters.