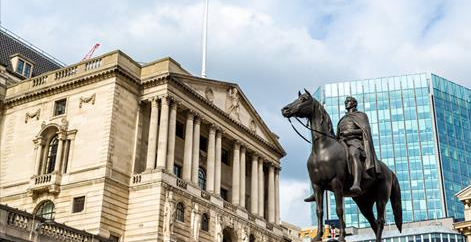 "The Bank of England (BoE) recently released its blueprint for its next generation real-time gross settlement system (RTGS), which will form the backbone of the UK’s payment infrastructure.

One element of the vision set out in that blueprint was potentially adding synchronisation capabilities to its future RTGS system.

This would enable payments in RTGS to be executed simultaneously with a movement of another asset. One potential usage of this capability could be cross-border payments, where movements in the sterling RTGS system could be synchronised with movements in another currency.

Through its Fintech Accelerator, the Bank selected Ripple earlier this year to test whether blockchain technology could enable this “Global RTGS” capability and today released summary results of the proof of concept (PoC).

The BoE says that “the PoC was a useful exercise to develop the Bank’s understanding of synchronisation and possible technical solutions.” In other words, Ripple’s solution showed promise in enabling RTGS systems which seamlessly support interoperability globally.

Brad Garlinghouse, CEO, Ripple, said: “We believe in an Internet of Value, where cross-border payments should move at the same speed as information – like photos or emails – moves on the Internet today.

Critical to making that vision a reality is enabling real-time settlement across domestic systems. To that end, the Bank of England’s PoC with Ripple is a watershed moment. We applaud them for being one of the first central banks worldwide to look at how blockchain technology can power instant international payments.”