Home / celebrity gist / Kim Is Not The Problem In Kanye’s Life! By Joy Isi Bewaji

Kim Is Not The Problem In Kanye’s Life! By Joy Isi Bewaji 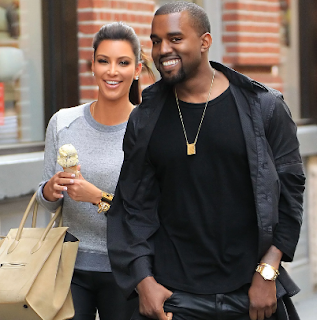 My default radio is BeatFM. Nothing special. It just happens to come on when I turn on the ignition; I never bother to change the station because most times, I’m not even listening.

Today, however, I listen. I’m heading out and I hear two presenters, male and female, talking about Kanye West, Jay Z and the Kardashians.

There’s a current Tidal war between Jay Z and Kanye and a $3m debt or something like that.

Big deal. This happens all the time in business, friendship and life. Where there’s trust and money and ideas, there’s always discrepancies or dissatisfaction.

The next thing, I hear the female OAP say, “It’s Kim’s fault.”
Huh?

“All the men Kim and the entire Kardashian women are involved in are screwed.”

Seriously how do you move a discussion from JayZ and Kanye's business misunderstanding to the Kardashian "curse"?

This is old. This is very old and plain ignorant and idiotic. Find something else to say other than blaming a woman for a man’s problem.

The entire world is aware of Kanye’s bloated sense of self. This is Kanye. He has been this way before he even started dating Kim. He gets into controversy as easily as we go to the toilet to take a dump. It’s the way he understands how to survive the pressures of celebrity and it has nothing to do with Kim.

Then the male OAP adds his own ignorance: “You know the Kardashians are hungry for fame.”

Apparently, they’ve been “hungry for fame” for 10 successful years of running a reality show? How low. How daft. C’mon! These women are business women! They have companies that rake in good fortune. They run enterprises. Don’t be so old with your facts. Upgrade your sense.

Nobody blames a man when his woman fails. Why do we always have to find a woman to blame for a man’s issues?

These are very beautiful, rich sisters with the body of goddesses – tweaked surgically or not, it’s all theirs and they look lovely in 'em.

It is so old to hate on them.

We must give some credit to The Kardashians for prompting an entire industry. Reality TV wasn’t popular until the family hit TV. Weren’t they the first family to draw our attention to this genre?

And you know what makes them so special? Keeping Up With The Kardashians is NOT rachet TV. It is flimsy most times, yes. But it is not nasty, not controversial. You can’t say the same for the others that followed . Every other shot at reality TV has been so rachet, so nasty, so full of dirty conspiracies and needles controversies; not The Kardashians.

The Kardshians never go overboard. They simply share their everyday lives and experiences. There are no storms in teacups and no wanton, unprovoked contentions. Yet the world watches, driven by the simple stories of beautiful women who do not try to be ghetto or, on the other hand, try to act like they have the intelligence of Oprah.

I stopped watching for two years, but I’m back to being a believer of the culture that drives the Kardashians – if you are authentic and you live your legitimate truth and you are consistent in your beliefs, trusting that your desires are valid, everything will work out for you eventually.

I respect their mother. I admire what she has been able to build around her family. And if you watch the show, especially this new season, you’d realize the Kardashians/Jenners have the utmost respect for one another and are not as obsessed as we may think of their celebrity lives. They support each other without suffocating the next person.

Believe it or not, there are great family instances many can learn by observing these women.
So kill that old tale that makes you think you have some deep insight to share about the other woman. Kill it!

Kim is not the problem in Kanye’s life. Kanye is Kanye’s only problem.

If Kim is what it means to be cursed, then let us all be cursed. Her husband loves and adores her. And no matter what you think of him, Kanye is not deadbeat, stupid or broke... like a lot of men in the lives of many women who condemn Kim at every given opportunity.
*
Then there’s Jay Z’s new album and all the talk about confessions. People are feeling sorry for Beyonce because, err, Jay Z rapped about cheating and being sorry.

You people are not well at all.