Flawed Education System We Have Refused To Question! By Enwongo C. Cleopas 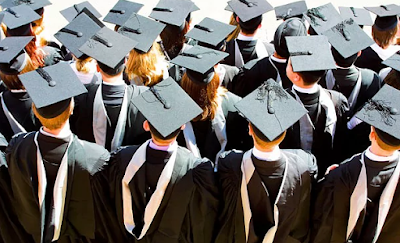 2. January 2017, 231 students graduated with First Class from the University of Lagos out of 6,270 graduands. This is about 3.5 percent of the total graduands.

3. July 2017, 188 students graduated with First Class from Covenant University out of 1,125 graduands. This is about 16 percent of the total graduands.

4. March 2017, 22 students graduated with First Class from the University of Calabar out of 13,347 graduands. This is about 1.0 percent of the total number of students that graduated.

7. Afebabalola University (ABUAD) in her last graduation saw 65 students having a First Class out of the 736 graduands. This is about 8.7 percent of the total graduands.

I am sharing the First Class Distribution data of the above seven (7) schools; two private and five public universities, for a reason.

Recently, we had the graduation season upon us and I listened to a number of people castigate the number of first class degrees some of the ‘private’ universities churned out. [For now, I don’t want to go into the politics of private schools but I want to talk about this flawed system we have refused to question] I heard that a good school should not have more than 20 students graduate with a First Class. I also heard that no serious or sane university should freely/willingly give her students good grades, even if they deserve it, etc. I don’t know who did this to us but it is heartbreaking to realise that a scary large number of Nigerians believe that First Class is an unattainable and an unrealistic degree to have, more so if the numbers are staggering.

First of all, the difficulty in having a first class degree in a particular university is not a sign of how ‘good and solid’ that school is. If anything, it is a testament of a very faulty, dead, inefficient and deadly educational system. There should be nothing shocking or surprising if 20 percent of students in a university bag First Class degrees in a graduating year.

We have successfully convinced a large number of Nigerians that education should be difficult, hard and tedious and that having a first class is so unattainable and sacred. It is such a terrible and sad thing that we have people thinking that a First Class degree is a mirage or impossibility. This thinking is a reflection of the faulty educational system we have in this country; a country where lecturers boast of intentionally failing students and withholding scores from students even if they are deserving of said scores. Many of us have heard statements like; ‘First Class is for God’ or ‘A is for God, B is for me (the lecturer), C, E, and especially F is for the students’.

Having more than 10 percent of students graduate with First Class should be the norm in any functional, effective and efficient educational system. Asides the deficiency in academic infrastructures, it is sad that we have people who take delight in creating bottlenecks and roadblocks for the students they should be grooming and preparing for the society. It is frightening that we have people who gloat in their ability to fail and frustrate the people entrusted in their care. There is nothing noble and worthy of this sort of attitude.

I am enraged for two reasons;

1. It is shameful that a generation that benefited from the best education and times in Nigeria seThis people had access to good and qualitative education yet they turn around to destroy that of those coming after them. And they don’t care because their children don’t suffer the consequences of their actions. Their wards are shielded. They will rather invest in their own private schools than make the (public) ones in their care functional. This is evil. After giving us a mediocre remnant, they take pride in comparing their times with ours, even wondering why we are the way we are.
e nothing wrong with destroying the future of my own generation. They take delight in making education so inaccessible, difficult and ugly.

This nerve kills me.

2. It is pathetic and heartbreaking that my generation don’t find it an oddity that getting good grades is made to be so impossible. It is sad that we don’t see anything wrong in our being denied good and qualitative education. We will rather mock the few ‘well-equipped’ highly-priced schools that are functioning THE WAY schools should. We have been conditioned to see suffering and needless stress as part of education which shouldn’t be the case. This breaks my heart.

I don’t and will never buy into the notion that education comes with suffering and so much difficulty. Or that learning is meant to be tough, hard and tedious. That’s a lie and an abnormality, one we need to start kicking against.

What was the allocation for Education in the 2017 budget? What is the investment the government is making in the education sector? How many of your science laboratories or libraries are functional? How many of your classes are well equipped in line with global trends and standards? In fact, how many of our schools even look like schools? How many of us have access to academic resources, scholarships and other necessary tools to aid our schooling? What is the monetary incentive for those teaching us?

We seem to forget that there will be no national development if the education sector is treated as an afterthought. We have refused to review and revise the education policy in the country. This country is heading nowhere if nothing is done about the educational system. We will rather export our children outside rather than fix the mess we are currently swimming in. We have a ticking time-bomb in our hands, one we are already paying for but no, we don’t care. Don’t we find it amazing that Nigerians all over the world in different schools are performing excellently and gloriously, topping the academic charts of different nations but back home; their dreams and academic prospects are squashed and killed? My heart is heavy. I have a lot I want to say.
Share on Facebook Share on Twitter Share on Google Plus