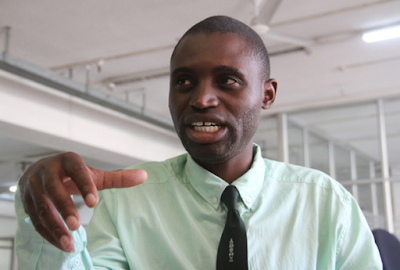 'Yawa just gas' for Zimbabwe as Prophet Talent Madungwe revealed thrilling details of his meeting with god in 'physical form.'

The pastor told iHarare news that god came to him in Zimbabwe and appointed him 4th in command after Jesus and the Holy Spirit.

He is to also serve as god's Special Adviser on the affairs of this world, he revealed also that only 60 people from Zimbabwe would make heaven and he seems to have a point there- bloody sinful Zimbabwe.

Pastor Talent,however, remained doubtful on when this world would end as god gave him two options, 300 or 100 years.

The world would end faster if Prophet Talent can convert millions through his ministry but god might extend it to 300 years depending on people's reaction to his message.

It is also important to note that many men of god have condemned Prophet Talent Madungwe while one outrightly called him a fake prophet.

Please dear Zimbabweans we know you people make a lot of bad choices like Mugabe but please don't go to this man's church, your participation might deny us of an extra 200 years on this planet.

A word is enough for the sheeple's.