Home / student community / What Does It Feel Like To Be A Man? By Darren Idongesit

What Does It Feel Like To Be A Man? By Darren Idongesit 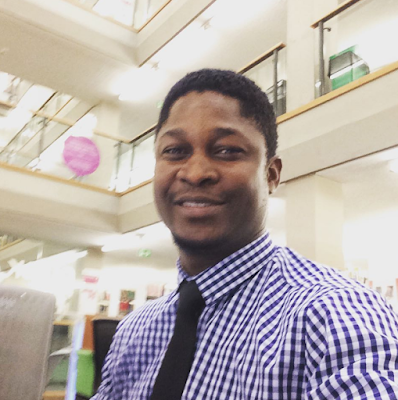 A woman asked me a seemingly benign question;

How does it feel to be a man?

I waved it off at first but on closer inspection via retrospection, I find this quite profound and of existential consequences.

What does it feel like to be a man?

It feels good, it feels so good being weighed down by a humongous member, of course not everyone enjoy this privilege as some have barely noticeable appendages!

See what I did there?

The typical male thought pattern, bragging about the size of his reproductive organ in contrast to his unfortunate neighbor; men always need a lowly neighbor they can exert their ego on.

If we move away from the unpalatable innuendoes to a serious consideration of what it feels like to be a man, perhaps we can figure out why patriarchy and misogyny lingers. It feels so good to approach people of the 'weaker sex' with this air of superiority, a natural apex position granted by virtue of birth.

It feels great to have your actions and decisions unchallenged at home and society at large. It feels so good to talk with condescension towards the "weaker sex" and explain things that we feel women will not understand the first time. O what a delight to repeat ourselves always ending the conversation with a gratifying;

'Woman listen, I don't want to repeat myself.'

It feels so good to be a man, a man of privilege but privilege would not be privilege if there are no lowly and disadvantaged people or gender.

Even the young boys see the power and prestige of being men that they begin mimicking and unfortunately falling into the mould of patriarchy while the women develop the enfeebled psychology, a blow to morale and self esteem, a defeat even before becoming fully aware of their own humanity.

What does it feel like to be a man?

For the most part, it is gratifying to the ego. Complaining about catering to the needs of "my family" when that humble brag is all the ego massage that a male needs. To be portrayed as a superhero with helpless human dependents. While they may occasionally complain about the responsibilities, deep down inside we love the ego massaging role as 'protector and provider' hence our reluctance to have our wives earn more than us or take a bit of responsibility in the family.

This threatens our position as head, the apex predator; imagine democracy in the jungle and a lion stooping down to the bloody grass eating goat?

Of cause the pride of the lion would never let it relinquish such a position.

Perhaps if the man or the lion were open to a higher level of thinking, a philosophy maybe, maybe they could see the world and women in a different light.

This question has opened up a profound realization that the battle for gender equality is going to be long and tough in Nigeria. It's not easy to give up privileges and at times there are ominous clouds without silver linings; the apprehensions fraught with distraught. It may never happen soon even with legislation because it feels so good to be a man in a patriarchal society fine tuned to cater for one gender to the exclusion of 'others.
Share on Facebook Share on Twitter Share on Google Plus