People Continue To Complain About Linda's Knack For Plagiarism! By Joy Isi Bewaji 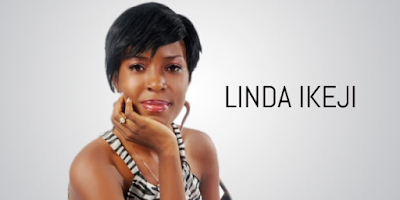 People continue to complain about Linda's knack for plagiarism. In the last 5 years it's been the same complaints.

Some tag me, others tag Onyeka to help them "talk to Linda". Year in year out same complains, same rants, same angst.

However, when Wizkid tweeted a few damaging words about Linda.

What did Linda do?

She went to the authorities.

The difference between you and Linda is NOT money...

It is the appreciation of choices. The full awareness that she has a CHOICE to either ignore Wizkid's insults OR do something about it.

She chose to do something about it.

That is what removes her from this pathetic mob/mass situation Nigerians rope themselves in.

You can't keep complaining about one person for 5 years! What are you going to do about it?

In one particular situation with a website a few years back, she called me and asked why they (the website peeps) were insulting her all over twitter and Facebook. I told her plainly, "plagiarism".

And you know what she said? "But Joy, if they are so aggrieved, why can't they serve me papers so we settle this in court?"

It's the truth. This idea that people can be dragged and reduced on social media is a yawn. This shit doesn't take one hair off Linda's skin. It doesn't make her or any of the 1001 other blogs right, of course. But you have a choice to do something smarter than the approach you've employed for years.

You haven't done anything.

Next week, there'll be anther post with another tag to Onyeka to talk to Linda.

Use your options, people.

It's the the same way Nigeria is run - without options.
*
Last year, a friend picked me up from work. We were headed for a function. On Ozumba Mbadiwe, a bus driver hit her car. He was wrong, clearly so. When he realised he had nothing intelligent to say to resolve the situation, he took off his clothes.

This adult male was stark naked in front of us. Preek everywhere. Dangling like jangolova.

My friend turned blue. So embarrassed, she ran back into her car and screamed that I should come in.

I refused. Is it preek we have not seen before? The guy hit us, after we had warned him to slow the heck down and in return, treated us like lice. What we predicted finally happened, why then would he want to scare us off track with a naked body?

His first approach was to try and brag his way out of the problem. He kept saying in Yoruba, "I don't have anything to lose."

I laughed, "you will soon find that you still have a lot to lose."

His bare buttocks flashed for the whole world to see was a protest of sort, a campaign to be left alone, a show of kyriarchy, a display of a man who-is-already-down-cannot-go-lower.

Though my friend would have none of the drama, I insisted that a man who was already down can still go lower. So I sat on the bonnet of the car and watched him spread his body on the bare floor.

Street hawkers had gathered, of course...and some already insisted that I was torturing the man.

The back lights were crushed. The side of the car badly crushed too... but his idea of confrontation was to go naked.

I had a few questions for him and I was willing to wait for his theatrics to be over before I ask. So I fiddled with my phone while he fiddled with his butt crack.

We stayed a full hour...when he realised I wasn't going to budge, he got his ass up. With support from mentally malnourished Nigerians cheering him on that "God will fight for you", he put back his trousers.

Before then, a woman in traffic (this happened in the heart of Ozumba Mbadiwe's famous gridlock) had looked out her window and said, "Isn't this petty? Let him go nah!"

She didn't get the privilege to see the damage done to the car. She didn't care. All she cared about was a man proclaiming he was already down shouldn't be made to account for his wrong.

Well, I think differently. If you claim to be low and you think that gives you immunity from thorough justice, you must be smoking the earth from that lowly status of yours.

Low or not, you will still arise to attend to your matter.

So I told the lady, in response to her ignorant statement.

"I think it is very petty to allow your waist grow to this size. Have you no commonsense to watch what you eat? See how you spread at the backseat like butter."

She died, resurrected, and told me god will punish me.

Yea. Whatever. Moving on.

Driver finally wears his shirt. Then I get to have a conversation with him. Finally. That was all that was required. I'm not sure how that episode was resolved but I know he wore his wretched dignity back and apologised, to which my friend said OK. After all, it wasn't my car. There's a limit to what justice I can demand.

My point however is... we always have a choice. That Nigerians refuse to recognise this is their headache.
*
I saw an okada accident in 2007, I think. Since then I refuse to ride on an okada. It just doesn't make sense putting my life in the hands of certain people.

I stopped watching movies at Silverbird Festac . The audio is always bad. The effects buried under, what I believe to be - bootleg purchase. I go all the way to Lekki to watch a movie.

Point is, we have to be aware of our freedom to choose.

It's not up to anybody to tell you what is beneath you. Trust me, nobody is that low that they cannot rise to face due penalty. They rise eventually to own their humanity and finally answer to their true nature, and the consequences thereof.

I find it hilarious that anyone would think stripping off their self respect and claiming to have no care makes them above reproach or too little to be brought to account. If you live by stripping off self respect, there are always more layers to strip off.

We kill cockroaches everyday. We never look at a bug and say it is beneath me to crush it. No nah.

Even with insects, we put them in their place. How much more despicable human beings who claim to be low.

I know Nigeria is shitty. But in this shit, some form of justice happens everyday. Test the law. Test your options.