Paris-London Club Refund: Finance Minister, Governors, Parley, Resolve To Use Fund To Offset The Backlog Of Salary Arrears And Pension 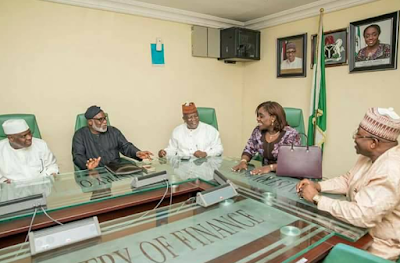 Indications emerged yesterday that the 36 State Governors may have parlayed with the Minister of Finance, Mrs Kemi Adeosun on the release of the Paris- London Club refund approved by the Acting President, Professor Yemi Osibajo a fortnight ago.

The Governors converged yesterday at the Maitama Residence of the Chairman of the Nigerian Governors' Forum, NGF, Alhaji Abdulaziz Yari Abubakar and Governor of Zam

fara state. The Governors unanimously agreed to apply the fund to offset the backlog of salary arrears and pension in their various states.

The meeting was called in anticipation of the the release of the second tranche of the N522.74bn owned the state.

The Chairman of the Nigerian Governors Forum, Alhaji Abdulaziz Yari, who talked to the press after the meeting, also disclosed that the body has set up a committee headed by the Ondo State Governor Arakunrin Oluwarotimi Akeredolu, SAN, to work out modalities for the resolution of the various claims by consultants. Other members of the committee are: Bauchi state governor, Mohammed Abdullahi Abubakar, Aminu Waziri Tambuwa of Sokoto state, Simon Lalong of Plateau, Seriaki Dickson of Bayelsa and Nyesom Wike of Rivers. 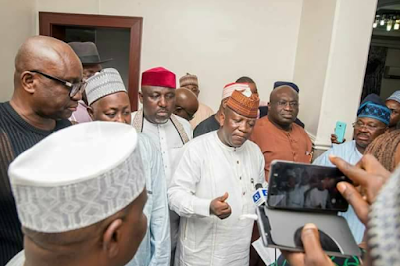