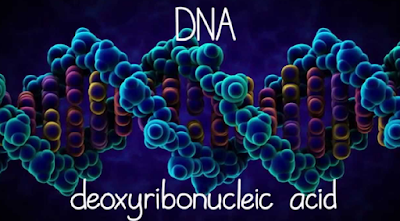 I came about the abbreviation- 'DNA' in my eventful stint as a full time Scientist in the University in what I dub as my academic exile and missionary journey.

It stands for deoxyribonucleic acid and it is aptly defined as a nucleic acid that contains the genetic code useful for genetic identification and confirmation of genetic sameness and semblance in humans.

A DNA test is a scientific procedure in which someone's DNA formation is analyzed to see if they have committed a particular crime or are the parent of a particular child. This can be conducted by taking samples from the specimen's hair or through saliva scrub and swab test.

The recent hoopla on social media regarding some men's insistence on conducting a valid DNA test on all their children especially the first born to confirm the paternity which forced down a closed Facebook group is not surprising. A study once confirmed that well over 70% of contested paternity in Nigeria were negative and that most first born children in Nigeria were raised by men who are not their biological fathers.

What is surprising however is the gravity and the feigned ignorance of many men regarding the propensity and capacity of their women to cheat and transfer the illicit products of such sexual misadventures to them as bonafide and legitimate liabilities. My view regarding the place of DNA and the implications of infidel marital relationships is hereby set out seriatim.

1. Men do not have monogamous exclusive rights to cheating. Sex is a bipartite relational activity. In the offence of bribe, there is a giver and a taker. You cannot clap with one hand. To suggest that men cheat more than women is to accuse them of bestiality and sodomy. Men don't lay with goats and dogs, but with women. Women are equally polygamous in nature- deal with it. Strangely, the most vulnerable women to lay with are usually married.

2. The use of condom is yet to attain a widespread acclimatization or status of universal acceptance. Sex is like shit, sometimes, it presses the horny and they care not about modalities and profane complexities. Many do not like licking the sweet with the wrapper. The one who complains of a dirty toilet is not yet pressed. Even those who use condoms do away with them at some point during the nookie. Shit happens. Nylon tears. The risk of penile infraction is very high. Often times, it is very easy to unleash the Dragon without covering and the seeds sure germinate. Who will now question the married woman about a pregnancy? The home of the married is like a psychiatry - every insane manifestation is welcome.

3. Every child delivered by your partner is yours. Call it a rebuttable presumption or not - It is what it is. It is for better and for worse. You can't take the benefit and despise the burden. You might be a foster father, step father or ignorant father, don't be farther, be a father.

4. The need to conduct a DNA test for your children is conclusive proof of the lack of trust in your partner. But then we are Dettol- we need to be absolutely sure. Use your tact and discretion. You don't have to inform your partner about the test except the outcome, lest you break the leach of trust forever. A faithful wife would be naturally pissed If you ask for a DNA test without a tinge of valid suspicion, an unfaithful wife will be overtly angry, defensive, edgy, combative, attacking and vengeful with wild missives- know the difference.

5. It is all shades of wrong to transfer the illegitimate proceeds of your away matches and wild ides of concupiscence to another who chose to spend the rest of their eventful lives with you. It is the climax of the breach of trust and confidence. Doing that is like playing for Chelsea and letting Manchester United pay you. Don't let your hubby pay his rent to another Landlord without obtaining his consent.

6. There is no such thing as a bastard. Children born out of wedlock are not born out of good luck or born into gridlock. In any case, these children were even born into wedlock, but helped to be conceived by another outside the wedlock. If they were even born outside, bring them in and close the matter. No child should be discriminated against on the ground of race, sex, creed or the circumstances of his birth. This is a Nigerian constitutional provision. Live and let live. Don't forget that some customs allow the man who paid the dowry valid claims to the child of his bride irrespective of who the biological father is. Don't be wiser than your ancestors. Claim the child of your wife - It's yours.

7. Children are a heritage from the Lord, offspring a reward from him. Like arrows in the hands of a warrior are children born in one’s youth. Blessed is the man whose quiver is full of them. They will not be put to shame when they contend with their opponents in court. Whether biological or 'transferlogical', children are children and the one who trains a child is more important than the one who born the child. Nurture supersedes nature. But do well to tell the one who trains the child about his true paternal affinity with the child he trains so he can incur liability fully aware.

8. It is cosmopolitan foolishness to cheat without protection. Apart from the high risk of infection, the stigma of Iiving with the proceed of guilt and sin for life is a huge disincentive for sexual carelessness and emotional irresponsibility. Don't cheat at all, but If you do, clean up your mess.

9. Not every man is capable of fathering a child. Not every woman cheated with evil intent. Some were just genuinely helping out a medically impotent husband from escaping the wiles of societal shame by contracting out his fertile sperm-production activity to a virile assistant for speedy conception. The incidence of infertility in men has grown sporadically with the advent of technology and mobile communication. Common consistent exposure of the male groin region to smart phones and laptops have the capacity to deaden the motility of your sperm. Watch it.

10. In all of these, the thought of raising someone else's child in this recession is quite painful. Prices have doubled. School fees are at an all-time high. Some men can't even afford pregnancy test, let alone DNA test. This is the cost effect conundrum. Cerelac and pampers are freaking expensive. Beyond the psychological shock and debilitating trauma, the economic decimation occasioned by willlessly training another's child(ren) can be quite draining. Let us do it with our eyes open. Imagining it alone is making my brain and chest to pain me. I am not even crying, my eyes are just cleaning out themselves. Tears and DNA.