Home / romance / Never Understood This 'Be A Good Girl(Woman) So You Find A Husband! By Enwongo C. Cleopas

Never Understood This 'Be A Good Girl(Woman) So You Find A Husband! By Enwongo C. Cleopas

I have never understood this 'be a good girl(woman) so you find a husband' advice people dish it out frequently.
‎ 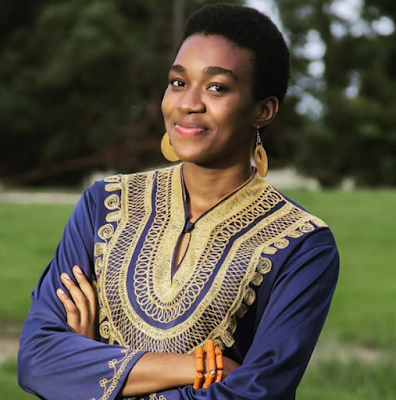 I frown at the notion that marriage is or should be a reward for being good or being nice or kind or modest, etc. Like, 'if you do this or act this way, you will be wife-d' etc. That's a scary level of hypocrisy and pretension that we promote, one that is very dangerous. Why should we tie goodness to a reward of marriage? Why can't people be told to just be 'good' and 'kind' and 'decent' (whatever this means) because that's the humane way to be?‎
‎
If you want to be a good person, simply be that. Not because you're expecting some reward or a ring or crown at the end but because that's the decent and if you permit me to add, godly thing to do and be. Be good for good sake. Be good just because. Be good because that is the Noble way to be. Be good because that's WHO you are whether or not you're noticed or rewarded. Be good(kind/nice), simply.

When I read these sad stories of 'oh, I did this for him and he married someone else', 'I took care of him while he was ill, I was faithful, I treated him right, I even helped him financially and he left me for another', I begin to understand that many of us are being indoctrinated to expect marriage or a ring as a reward for good behaviour or for just being a decent human being or partner. About intentions, be very direct about what you expect from your partner. Put it on paper and make a contract out of it. E.g. If I do this for you, then I expect a ring. Make it legal. Doing things not because you 'really' want to but because you are hoping to get a ring out of it is a sure way to disappointment.

I am not saying don't have expectations from your partner, but when you begin to gauge your kindness in terms of what you'll gain or in hopes of snatching the title of a Mrs, then there is something wrong somewhere. (And let me quickly add, for those of us who exploit or take advantage of people's kindness and goodness, you may think that you're smart and sharp, but you're of all men/women most miserable and pitiable.)

To further add; look good, because it just makes sense to look good. Be neat/clean/tidy because I mean why would you even disrespect your own self by not being clean/neat. Be kind just because. Treat others with respect not in hopes of being rewarded or cheered for. Let your goodness not be hinged on some mundane expectations and reward.
Share on Facebook Share on Twitter Share on Google Plus