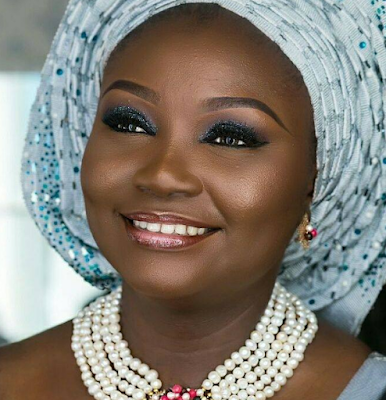 I legit just read a rejoinder on Ynaija where the writer proudly noted that he hadn't read my #HallelujahChallenge pieces but, errr, he has something to say.

Then he goes something like: "I (the ynaija writer) feel the same way but my own issues is coming from a place of concern. Joy's article is not."

One Aigbokhan Emmanuel. Lord have mercy, these people are mentally deranged.

How do such ignorant folks find a platform to write anything?

He manages to tie "madam" to my name. In his mind that is supposed to make me uncomfortable. A sort of derogatory approach.

But you didn't read my piece. Yet you write a rejoinder. And Ynaija editors published it.

Whew! Eez like every disgruntled upcoming writer of a certain gender struggling with sentences resides on that site.

They have taken up this #HallelujahChallenge mission personally. Don't be fooled, it has nothing to do with God. It is the only thing you'd expect from Chude who believes Buhari was endorsed by the name of a god.

I organised a Happenings birthday event for Chude when he clocked 30. Before politics, he was one of the most creatively industrious persons in the media. Still is, perhaps.

At that event, he declared in the name of a god, again, that Buhari was The One. It was his birthday, I thought it best not to ruin his moments.

This #HallelujahChallenge is quite the distraction for all the bullets he has received in months as he spews one defence over the other in a bid not to drown in all the political storms and aggression from young Nigerians.

Someone sent in a piece to Happenings recently. A rejoinder on Chude's latest article. That rejoinder was an epic mess. You'll find words like "faggot" and many insinuations of his sexuality and his tryst/relationship with politicians.

Of course, I didn't publish it. Spicy, yes. But it's trash...and people's private lives should not find way into serious discussions on politics and religion.

I advised the writer to take it to Ynaija instead. The editors wank on publishing articles that are, at best, insulting, surely they'll find one about their boss juicy enough to enjoy the same attempt at shaming others.
*
Two weeks later, I am yet to read one rejoinder that addresses the issues raised in my piece.

It's a shame, really.

These backlashes... are they supposed to make me smaller? Afraid? Ashamed? Are they meant to shut me up? Make me sorry? I don't get.

These retarded rejoinders only expose the deep ignorance of the writers. Being obtuse cannot be the next person's shame. It's yours to carry.

And I am still here. Still very consistent with my truth. Unwavering. Unshakeable. Unashamed.

That link to the rejoinder was sent to me by a student of Harvard. He said he heard about my speech in Harvard last year and now he regrets not attending.

"Ms. Joy, please read this shit (sorry for my language but it is shit). Or maybe not. Don't read it. The guy didn't even read your article but he has a rejoinder up on Ynaija," the student said in his mail.

A lecturer in Turkey got my number, called me and told me, "I hope you know your message is not for everyone. You don't know me but I want to tell you not to stop thinking the way you do."

One Nigerian businessman sent a message from NewYork: "I just want you to know that we have been arguing about your article for three hours at a restaurant. This is the longest engagement I've had with my colleagues after work. Woman, you are building conversations worldwide."

Someone munched a serious cyber fight that happened on a WhatsApp group. "See what your words do to people. It's e-mayhem in this group I'm in. Well done."

A Kenyan journalist reached out to me for an interview.

I've got many invites for TV interviews in Nigeria that I had to turn down because they keep pairing me up with pastors.

Err, no. I want intellectual discussion. Cerebral engagement. Nothing overtly spiritual that will elevate the pastors arguments over mine. Just because he is a "pastor".

This entire "challenge" is a true reflection of our character and poor comprehension.

I say: Spiritual revolution will not fix Nigeria.

You say: Focus on Muslims, leave Christians alone.
You say: But nobody is forcing you to worship with us
You say: Why don't you go and start your own kind of challenge
You say: Her clitoris. Her menopause. Her vagina.
You say: Oh! I haven't read it, but I have a rejoinder people will love.