Home / local / CCT Case Against The Senate President, Dr Abubakar Bukola Saraki Has Been Thrown Out Based On No-Case Submission By The Defendant

CCT Case Against The Senate President, Dr Abubakar Bukola Saraki Has Been Thrown Out Based On No-Case Submission By The Defendant 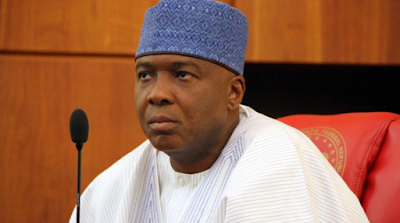 Today we got the mid term report on this administration's lead agenda - the war against corruption - through the judgement on the CCT trial of Busola Saraki and it doesn't look good. I make no judgement call on Saraki's guilt or innocence but rather on the anti corruption war whose mode of prosecution I have criticized time and time again, in the past.

My position has always been that media trials don't win convictions. It raises people's hope before dashing it as it did today. Corruption is endemic in Nigeria and systemic and only an institutionalised approach can inflict an kind of damage on this hydra headed monster. I also argued that it was important not to encourage the grand standings and playing to the gallery of anti corruption agencies but holding them accountable and demanding performance from them.

That means diligent investigation followed by diligent prosecution with information on the case released only through the reportage of the case. That only cases with a fairly good chance of conviction should go to trial and not just waste the time of the court and excite the populace for nothing.

I have also always maintained that our body of laws have huge gaps that lawyers exploit to delay or deny Justice and this needed to be plugged. We need to advocate for this. I was glad that the National Conference recommended the removal of immunity clause for governors. That will be such a big deal were the legislators or executive to develop a bill in this regard and it becomes law. Truth is most of the stealing that negatively impacts citizens happen at the state level but we fix our attention primarily in Abuja.

Our war against corruption must be geared towards prevention as opposed to catching thieves and our laws must be such that can bring them to justice. It is a good thing that we have witnessed this string of acquittals just at the mid way point of this administration because it affords us the opportunity to critically review and come up with solutions that makes the effort more effective.

On the part of the citizens I enjoin us all to demand performance and not be carried away with media trials because it can't convict anyone.