Akeredolu Sets Up Committee To Honor MKO Abiola On June 12! By "Jimoh Ibrahim" 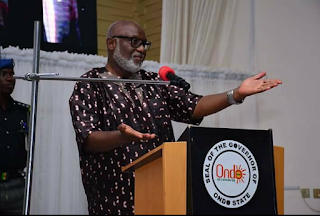 The five-man committee is chaired by Mr. Alaba Isijola, while Mr. Michael Oshodi serves as its secretary.

Ondo State Governor Rotimi Akeredolu has set up a five-man committee ahead of the commemoration of the annulled June 12, 1993 presidential election which was won by the late Moshood Kashimawo Olawale Abiola.


This announcement was contained in a letter signed on behalf of the governor by Secretary to the State Government Ifedayo Abegunde and dispatched to the members of the committee in Akure.
Sahara Reporters exclusively obtained an electronic copy of the letter.


Moshood Kashimawo Olawale Abiola, widely known as “MKO,” won the June 12, 1993 presidential election only to have the results annulled by General Ibrahim Babangida before he was forced out office.


According to the letter, the five-man committee is chaired by Mr. Alaba Isijola, while Mr. Michael Oshodi serves as its secretary.


A section of the letter read that members of the committee are to resume action immediately and organize an anniversary symposium in commemoration for the day.


“The committee, which is required to swing into action expeditiously, is to highlight/incorporate the five (5) cardinal agenda of the present administration in the designated theme for the symposium,” it read in part.


A member of the committee who spoke to SaharaReporters under the condition of anonymity said there are plans to name some government projects in the state after the late MKO. 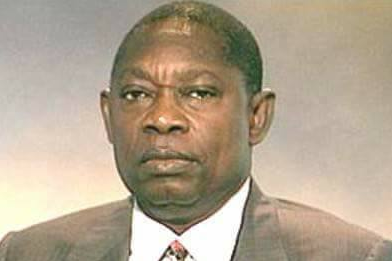 “There are good plans to immortalize the late Moshood Kashimawo Olawale Abiola (MKO) on the day of the celebration just like other states have been doing.


“Already, we are looking towards naming one of the most important government projects or properties in the state after him and possibly initiate a lifetime project to immortalize the death of the living legend,” he said.


On Monday, Mr. Akeredolu promised to declare a work-free day in Ondo State as part of the June 12 celebration.


The governor made the promise during this year’s May 29 Democracy Day celebration held in Akure.
“In Ondo State, we will celebrate June 12 and it will be a work-free day. MKO deserves a special honor, not only to him, but also to his wife.

Their blood was spilled for the realization of our democracy and he was elected president but was not allowed to assume office,” he said.