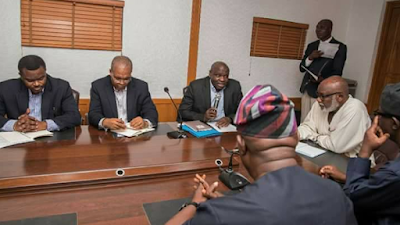 The Governor, Arakunrin Oluwarotimi Akeredolu, SAN, led the state government team to the meeting. The meeting was aimed at fine tunning the development synergy between Ondo State Government and the World Bank.

The Governor harped on the need to construct access roads to arable land in the state in a view to encouraging youths to engage in farming . "Many people would go into farming if they can drive to their farms in their cars. We have discovered that bad roads discourage investors. Let me tell you, no investor will drive on a bad road to your state and would like to come back " , he said.

Professor Foluso Okunmadewa said that the state was doing well in term of the indices required to access the World Bank grants. He said he was aware of the excellent performance of the state in the health sector and other areas of interest of the World Bank projects.

Since the assumption of office on 24th February 2017, Governor Akeredolu has not relented in wooing development partners to come to the State and some of his efforts have started yielding the desired results. 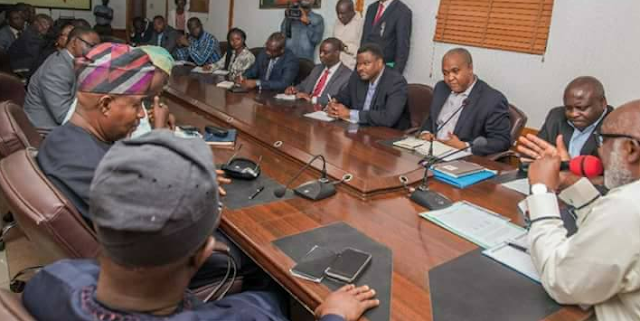