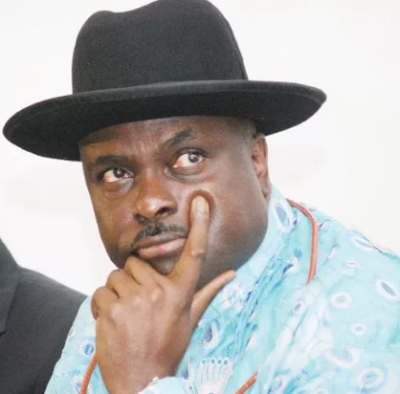 The one, Ibori, was awarded £1 ($1.30) for being unlawfully detained for 42 hours in the UK. After serving a jail term in London, since 2012, for fraud of almost £50 million, he was due for release on December 20, 2016. Instead he was illegally held in Immigration detention for almost another two days by the mean British Home Office that was allegedly seeking to recover millions of pounds from Ibori. One is not too sure why Ibori went to court to score this little victory for which he had made a claim for a mere £4000. Perhaps it is a psychological boosting he needs to kick off an epic legal battle against the Britons who have a most macabre sense of twisted humour. Imagine awarding Ibori, a humorously annoying sum of £1, just one "tinini" pound. This is after quaffing millions of pounds from the man and still relentlessly sniffing all over the world for assets worth millions of pounds to confiscate. Oh, these wicked and greedy Brits. 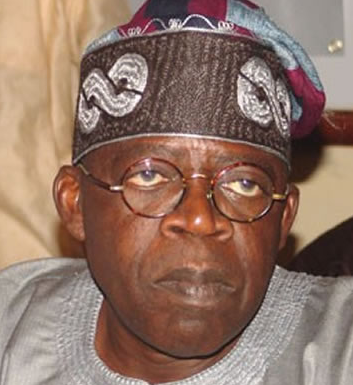 The other, Tinubu, set off political firecrackers when he warned with the aplomb of an "Isale Eko democrat" and the flourish of a "Hyde Park radical" against a military coup in Nigeria. He chose the right legal and historic setting to deliver his message: A special joint parliamentary session by the Lagos State House of Assembly that was in commemoration of the State at 50 and the second anniversary of the 8th Assembly. The Assembly promptly seconded the Jagaban's assertion that Lagos State will not support (alleged attempt?) at a military coup.

Very, very strange tales have been swirling around the country recently. Only last week, chief of army staff, Tukur Buratai, warned against individuals who have been approaching some army officers and soldiers for undisclosed political reasons. Who are the individuals? No clue given. This warning comes pat in the middle of tales that President Buhari was poisoned and even rumours that he had died. Many discerning minds attributed and dismissed the rumours to the poor information management of the President's illness by the presidency.

The piercing official silence over the President's ailment has bred wicked rumour mills complete with political jostling and crackheads warnings of violence if the President who is aged 74 dies. If Buratai's warning made not a few ears to spring to worrying attention, the Jagaban's public grandstanding over unnamed and unknown suspects of a possible coup plot has set in motion jangling political sirens.

You would think that a politician of Tinubu's standing and a supposed democrat would challenge General Buratai to show the facts, to get the suspect politicians and soldiers talking military coup to justice. The facts therefrom could then provide basis for vituperative fireworks against a military coup.

If you ask me, all these talk about Buhari being poisoned or dead or of a coup plot is no more than ruthless political calculations exploiting the vulnerability of Buhari on his sick bed and the emotional effusion that all the rumours are hoped to generate for political actors.

It is my take that the race for 2019 was officially blown by the Jagaban Bola Ahmed Tinubu at the Lagos State House of Assembly. The two years of the APC at the political power center has been majorly disappointing. Achievements are scarce as fowl's tears. So the rumour mills are being revved again. This is dangerous fare. The coup plot rumour. Military coups are not joke issues. Who are the politicians approaching soldiers and who are the soldiers approached? What were the discussions about? So what if the army chief warns. Is he not part of our nation's convoluted concentric circle of conspiracy of power?

It is imperative to warn that all these rumours and rumours and more rumours blow dangerously ill winds. He who has no facts and is unwilling to provide the facts should shut up. Those unwilling to tell us what ails our President are enemies of state and should seal their mouths for ever. Those who tittle tattle about poisoning of our President should shut up if they have no facts. Those talking about a military coup without the facts should shut the hell up. This country is sitting on tentacles, as it were, on gun powder. It behoves our political class to be sensitive to the combustion gathering. Enough is bloody enough. I call on all Nigerians to sit up. I ask all of us to guard against willful political manipulations. Let's ask questions and seek answers before we become unduly emotionally charged. Before we become canon fodder for some selfish and ruthless politicians. Use your heads.