Home / local / Soludo: I Know The Corridor To The Presidency Is One Dark, Dingy Alleyway

Soludo: I Know The Corridor To The Presidency Is One Dark, Dingy Alleyway

Soundbites from two days ago. Prof. Soludo spoke for 1.5 hours and no one moved from their seat. You are unable to even notice that much time had elapsed. 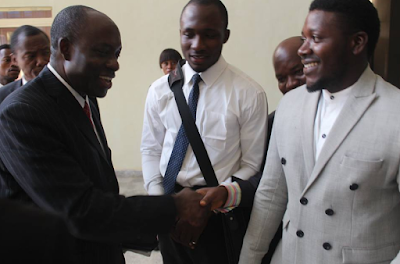 You knew a sage was speaking. He capped from the state of the economy, to importance of networking with the right attitude, to being personally convinced of what one wanted to pursue in their lives. He spoke about resigning from a mouthwatering job to enrol in full-time masters degree. And everyone thinking he was crazy.

Anyway, one of the students got up and asked: "But Prof. given all that you know, and what we all know you are capable of doing, why have you not tried to run for President in this country?"

That question did not get a direct response. It was more or less unanswered. Seven years ago, I probably would've asked the same question. But I know the corridor to the Presidency is one dark, dingy alleyway.

Further, the question itself partly reflects our unwavering Nigerianness, the idea that the solution lies in one man not in systems. That one messiah has the magic wand, and we can chorus Hosanna behind him as he ascends the throne to solve all our problems. It is the messianic dream that has left us where we are today.

Well, if that student read history, he'd have examined how Soludo's gubernatorial dream was truncated in Anambra state and understood why it is twice harder for the good guys to clinch political power.