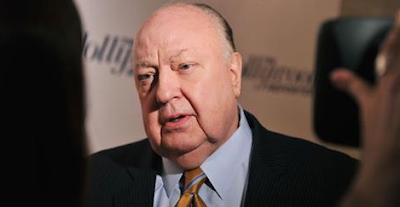 A towering figure and a tarnished legacy
A few months after he stepped down from the commanding height of Fox News, influential US media manager Roger Ailes has departed this plane.

This is how the Columbia Journalism Review captured his passage this morning.

Roger Ailes, who profoundly shaped the state of political media in the 21st century before his career ended in ignominy over allegations of sexual harassment, is dead. That the news of his death yesterday morning cut through the cacophony of chatter surrounding the embattled presidency of Donald Trump, a politician who capitalized on the culture of fear and nostalgia Ailes helped stoke, demonstrates the impact, and divisiveness, of the founder and longtime head of Fox News.

With financial backing from Australian billionaire Rupert Murdoch, Ailes founded Fox News in 1996 and built a television juggernaut grounded in relentlessly partisan, sometimes conspiratorial, views. Billed as a “fair and balanced” alternative to mainstream outlets, Fox’s opinion programming, featuring figures like Bill O’Reilly, Glenn Beck, and Sean Hannity, overshadowed the work of the network’s actual journalists. Writing for CJR, Bill Wyman turned a critical eye to Ailes’s legacy, saying “He was a problem for anyone who cares about truth and, by extension, the role of a free press in a democracy.”
“Ailes changed America,” CNN’s Brian Stelter wrote. “Whether you think he changed it for the better or the worse probably depends on your political persuasion.” Indeed, while all remembrances acknowledged his impact, the judgements of Ailes’s legacy broke largely along partisan lines (more on that below).

As the final chapter of Ailes’s story takes shape, it’s important to note that his legacy would look quite different if not for the courage of Gretchen Carlson to speak out last July about the sexual harassment she faced at Fox News. Though Ailes denied the charges, her story created space for other women to come forward, and their collective allegations ultimately forced Ailes from power.
Below, more on Roger Ailes.
NYT A1: Clyde Haberman penned Ailes’s front-page obit, fitting a mini-essay in the first sentence: “[he]
shaped the images that helped elect three Republican presidents and then became a dominant, often-intimidating force in American conservative politics at the helm of Fox News until he was forced out last year in a sexual harassment scandal.”
The message from FNC: Shep Smith gave an emotional remembrance to his former boss, nodding to Ailes’s “now well-documented flaws,” but also celebrating his accomplishments. “I loved him,” Smith said.
Filling in for Christopher Hitchens: In a searing column for Rolling Stone, Matt Taibbi writes, “He is on the short list of people most responsible for modern America's vicious and bloodthirsty character.”
A different sort of legacy: The Washington Post’s Margaret Sullivan writes that “[Ailes’s] gift—if you can call it that—of calling forth the fury of the disenfranchised is playing out for women in ways he could never have imagined.”
“A revolutionary in reactionary clothing”: Politico’s Jack Shafer says Ailes “moved conservatism out of its media ghetto and into the mainstream.