Prof Osinbajo's speech made on Biafra 50 is expected of a conciliatory President and should be respected. In fact it is welcome. 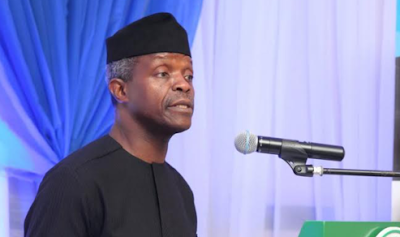 However, there are points he made that should be looked at closely.

We need unity, yes. But we cannot wish unity. We should WORK towards it.

The nations he mentioned as working examples in unity, did not have their unity drop from heaven.

United States was formed as a result of AGREEMENT of all the former British colonies to form a union.

The United Kingdom barely survived the Scottish referendum, with a possible second referendum still in the works.

Spain is dealing with a separatist movement in the Catalan region.

These are all nations that the Acting President cited as examples. They are all functional societies, and they are still working to create more inclusion for their components even today.

The one good thing that comes out of all of this though, is that that asinine notion that our unity is non-negotiable is dead and buried.

Our unity is indeed negotiable, and the very notion of negotiation can go either the direction of success or failure. Presupposing only success is no longer negotiation because there is a chance aspirations may not be met.

In any case, I like the mood the nation currently finds itself. Such environment truly fosters healing, the very first step towards nation building.

It is much better than those who ignorantly blackmail a people to allow bygones be bygones.