Nigerian pastors much like the politicians operate with wanton impunity and never held accountable for any trespass. 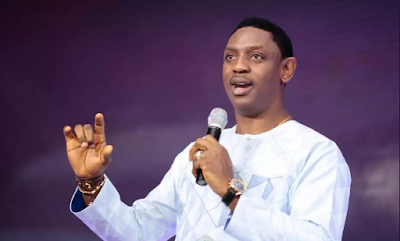 We waited for Biodun Fatoyinbo's 'robust response' but what we have is a very robust silence and that silence doesn't last for long as another member of his congregation has tweeted with the handle @poshroyalbunny, the allegations of the sexual exploitation of her sister by same pastor and this is in 2017.

She further tweeted with the hashtag #enoughisenough

When Fatoyinbo was asked by the public to apologize and step down from that position of fiduciary and moral responsibility due to his failings, he blatantly hosted a birthday bash in Dubai and that money came from the tithes of Youth Corps members who even sow their first allowance to the church.

In proper perspective, these are young school leavers who have no source of income besides a paltry monthly stipend that is almost below the minimum wage bracket!

Poor youths giving whole month's salaries to a man who hosted an 'all-white' birthday bash in Dubai where only his rich friends can attend.

This should be unacceptable in a country of common sense and compassion especially for the poor who feed the lavish and reckless lifestyle of pastors and politicians.