Home / education / Memories Of My NYSC Camp Experience Comes At Me In Spurts Of Horrors! "By Mitterand Okorie "

Memories Of My NYSC Camp Experience Comes At Me In Spurts Of Horrors! "By Mitterand Okorie " 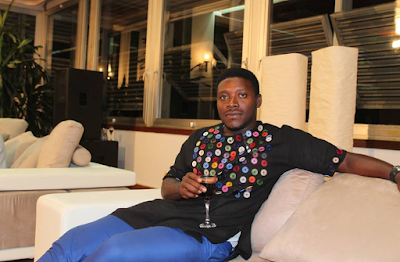 Memories of my NYSC Camp experience comes at me in spurts of horrors. 21 days of my life I cannot get back; wasted in what seemed to me like a dehumanising furnace.

Let’s not talk about the living conditions that were at par with Brazilian favelas or perhaps, worse. Thin mattresses, shabby rooms, and if you arrived camp too late in the day, Jesu mere gi ebere!

More unfortunate were Soldiers who wanted to prove to graduates that despite their degrees, they were lesser beings. Most unfortunate of them all was their Oga, a certain Benue man, so brief in size—the sands of the earth could hear him breathe. Yet, possessing a degree of wickedness that was thrice his size. He’d asked the entire camp to frog match one morning over something as lousy as one person making a weird sound while he was talking?

4,600 corpers in an Assembly ground, what are the chances someone won’t do something stupid while you were talking? The worst: he asked that everyone should lie down and roll on the floor. A couple of guys were adamant, and others derived morale from there. Within minutes the anger jar broke and commotion reigned unopposed.

The Government House in the state soon got whiff of what had happened, and by the evening of the same day, the Camp Director, a civil servant was in tears begging us to put the past behind. The Commandant, a Second Lieutenant came up on the stage to also apologise but was met with loud jeers and boos. The anger had cut too deep.

In the middle of this commotion, I would continue to think of my final moments in London Heathrow Terminal 4, and my then girlfriend tugging at my wool jacket asking in tears “so you really are leaving?” I was defiant it was time to move on, after five and half years of living and studying in the abroad. Forlorn, she shook her head in what looked like one who was afraid of what I’ll meet back home.

But that was a pity I didn’t need. A British-born Sierra Leonean beauty she was, and all of her contact with Africa had been like most white folks, who saw the continent as a place to come and see wild animals running in forests. Separation is never easy, and her tears were genuine. I felt same. Still, I wanted to be many things, but a wage slave in the West was definitely not part of the plan.

Out of camp, I was relocated to another State, but there, the Nigerian condition would once again rear its ugly head. I would spend 6 whole months not receiving any allowance despite signing all the relevant documents and playing by rules. I knew for sure that someone, somewhere, was positioning to scoop my money. It was not unfamiliar for foreign-trained graduates to attend camp and then head back afterwards while someone deputised for them. Whoever might have sat on my money may have thought this was the situation.

In my case, it was clear whoever this was had shat on their own prick. All I did was promise my Zonal Inspector (Z.I) a percentage of the money, and he swung into action like a wildling. I did not desperately need the money, I just wanted to prevent whoever the greedy bastard was from touching it.

“Yes”, the Z.I barked on phone “Okorie, yes, that’s the name, he’s my Corper, he’s been signing every month, pay him please, he’s been here the last six months yes, I can confirm that, pay him for me please, pay him!!!” The next month, every kobo miraculously showed up. 120k of rebased Nigerian shekels! Those who held onto it never cared how the rightful owner survived. Lucky only to be saved by the fair amount of British Pounds that accompanied me home. A shame it wasn’t the Buhari era, would’ve been worth thrice the amount.

And all the while in camp, when ol’ girl excitedly requested for pictures, I would dither, I’d play tricks, I’d cajole and come up with all kinds of excuses! “The lights are too dim, babe, the pictures aren’t clear”. Never mind there was no light in the first place. “I’ll do it later, babe, we are being chased to go to the Assembly.” Whosai! All na wash. Running away from showing her what life had become one month after goodbyes.