Home / local / Interest Penalty For Late Payment Of Taxes: Will Be 5 Percentage Points Above The CBN Minimum Rediscount Rate

Interest Penalty For Late Payment Of Taxes: Will Be 5 Percentage Points Above The CBN Minimum Rediscount Rate 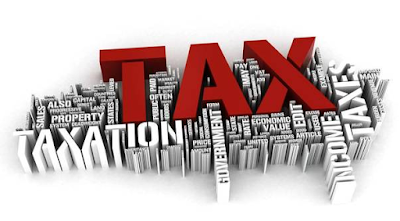 Yesterday, the Federal Government announced that from July 1, 2017, interest penalty for late payment of taxes will be 5 percentage points above the CBN Minimum Rediscount Rate (MRR).

That is like paying interest on a commercial loan. The Executive Director of the FIRS, Mr Tunde Fowler has directed that the new rate be applied to tax arrears from the effective date. Most people missed this important news or do not understand its implications.

If you own a business and struggling to bring your taxes to date even as your business is in survival mode, the government is going to compound your problems as they apply the new interest rate.

If you are an employee and your employer is behind on taxes, then your salary and other welfare packages will bear the brunt as business owners prioritize tax payments to avoid penalties over fulfilling obligations to staff.

It is unfortunate that government has introduced this measure at a time many businesses are struggling to stay afloat.

They tried, given the state of the economy, with what they collected, so what gives them the impression that businesses who cannot meet up will be able to meet up with an increased tax burden?

I hope the government made provision for jails in the 2017 budget. They are going to need it to accommodate tax defaulters, who can't pay, not because they don't want to, but because their cashflow cannot support it.