Home / celebrity gist / If You Don't Want Your Story On Linda Or On All The Blogs Mimicking Her Trade! "Then Do Not Say A Word"

If You Don't Want Your Story On Linda Or On All The Blogs Mimicking Her Trade! "Then Do Not Say A Word" 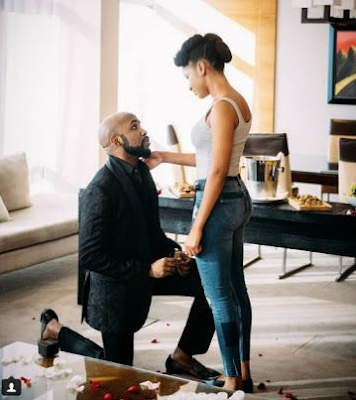 In Nigeria, a celebrity will give birth to quadruplets, hide them in a sac, marry a second time, kill her neighbour's dog, buy a house in Miami, sleep with Drake, enrol at a strippers club, amputate her left leg, suffer a heart attack, go clubbing on a yatch, have a street fight with her best friend, steal her best friend's third husband, have his baby and poison his tea with arsenic...

No blog or "gossip website" will know a thing...until the celebrity, by herself, posts it on social media.

We do not have exclusives. There are no paparazzi waiting at Genevieve Nnaji's gate to tell who she's dating.

If Genevieve doesn't take a half nude picture with a man in bed and post on Instagram OR her friends have the mouths of worn baskets... then no blogger gets to know jack about her life.

It is why I find it ridiculous when Naija celebrities rant about privacy.

You can have all the privacy you want in this country. Nobody is snooping. I have met many A+ celebrities at malls, and people just walk by. Maybe a smile from a few shoppers, but mostly serious boning and prouding from Nigerians.

Thank God for selfie sticks, now they ask for a selfie.

But nobody... not ONE photographer will bother taking pictures of his life or her activities.

Do you know what Britany Spears, Lindsay Lohan, Angelina Jolie, Pamela Anderson, Charlie Sheen and so many others go through in the hands of American paparazzi?

If you don't want your story on Linda or on all the blogs mimicking her trade... then do not say a word.

It is actually ridiculous that we think two months is such a loooooooong time to be quiet about an engagement (Re: Banky and "Susu").

Not absolute silence, as friends and family are well aware.

We are "shocked" that they didn't feel the need to broadcast it the minute the ring slipped in, and the last relationship dried of its tears.

Some Naija celebs actually get to spread their own rumours, then start to complain and attack bloggers for...err... invading privacy.

A colleague once dated a Nollywood actress who, with her own laptop, typed out the "rumour" of being in a "new relationship with a hot new man"... then used an anonymous email address to send to all bloggers.

No joke. It was an in-house gossip for a long time in the office.

If they wanted to, the rest of the world would have heard of Banky&Susu's marriage on the day of their wedding...because they can. To confirm that there really isn't any vibrant lifestyle/celebrity/gossip blog/website.

Even when you hire a photo journalist in the office... he is busy taking red carpet pictures of those who want to be taken.

What about the rumoured celebrity couple shagging in the toilet? Who gets that exclusive?

No paparazzi in Naija, no celebrity/gossip in Naija.

For instance, I heard one gist about Bobrisky that no blogger talked about. He was my Ex's ex-tenant, that was my privilege. But it's so silly that not one blogger gets the gist of these people until these people put it on social media by themselves.


PS: So, Banky is some kind of dream guy for many women? I must be from Pluto. Lol!