Home / student community / Doing Fine Without Facebook And I Hope To Continue That Life For Some Time More! "Says Peter Adeosun Keyz"

Doing Fine Without Facebook And I Hope To Continue That Life For Some Time More! "Says Peter Adeosun Keyz"

How have you all been on Facebook? Hope you're doing well. I'm happy to inform you that I've been doing fine without Facebook & I hope to continue that life for some time more. 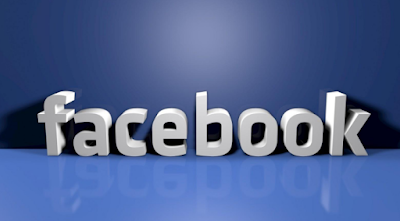 Does that mean I no longer value you guys as friends? Not at all! I've met quite a number of very wonderful people as friends here. However the people can be good but the forum isn't just right for me anymore.

How do I mean? How does the forum differ from the people in it? How are people good but the forum in which they meet isn't good?

It's because there's a spirit on Facebook. You know I don't mean the kind of 'spirit' of religious belief — spook, demon, ghost, or whatever. I mean attitude. I've discovered (and science has confirmed it) that for most people, their real life personae are different from their social media personae.

If you meet the same person in real life, you will be shocked that you will discuss with them for 3 hours & none of their favorite topics on Facebook will come up the whole time. So who is deceiving who?

There are many reasons why that's the case but one reason is the social interactions. The dopamine rush that comes with social acceptance on social media. The feedbacks ala likes, shares, & comments/replies. Everybody loves to be accepted.

Thus everybody tends to put up posts & comments that attract the best feedbacks. And when you notice that one type of your posts attract more feedbacks than the other type, you tend to write more of the former & less of the latter. You might not notice. It's unconscious. However scroll through your timeline & see for yourself. That's how Facebook moulds you rather than you being the one moulding it.

And this has led to the dumbing down of the forum. Before the advent of the sophisticated feedback formats, Facebook used to be interesting. You used to log on & read very beautiful writeups. But now, it's about everybody jumping on any trending topic.

Facebook gives an opportunity for every Tom, Dick, & Harry to say something. And everybody wants to sound intelligent, funny, and attractive. So people write crappy stuff, argue blindly, and generally spread ignorance all over the place. Half-baked comments, half-researched topics, half-thought posts. Plus the fisticuffs, subs, & dramas.

Watching a nice movie is better! Folks have advised me to trim down my friend list to those whose contributions I would love. I'm afraid 85 - 90 % of my friends would be banished. Nah! That's not the way to do it.

I logged on last week and scrolled through. A girl wrote a post about how her breats caused troubles for boys around her. In 1 hour, the post had 125 likes. Someone else wrote about stuff you can do to increase your productivity. He had 42 likes in 5 days. Hahahahahaha! Facebook: the land of dumbing down!

And it's not as if it's something that takes a few minutes. Facebook is very, very time-consuming. Composing a post (or posts) takes time [I spent 32 minutes writing & proof-reading this particular post]. Monitoring responses on the post(s) takes more time. Crawling around on other people's posts takes further time.

An average active person spends a minimum of 4 hours of their wake time typing & arguing on Facebook. Looking through an app that monitors how much time I spend on each app per time, I discovered that I was spending a cumulative of 5 - 7 hours on Facebook per day: 35 - 49 hours per week! Doing what? Arguing with opinionated but ignorant people? Converting your own plenty man hours of productivity to plenty profit hours for Mark Zuckerberg? Nah! That wasn't economical for me any more. Self-evaluation is what you should do from time to time.

Testimony time: I now have more time for myself per day. Since I stopped being active on Facebook, my typically busy daily schedule has been a bit easy on me. Now I have time for some other things — like interacting with my family & working out. Now I spend a fraction of that Facebook time on stuff like Flipboard & Quora. Instead of burning myself out on irrelevant arguments, I add to myself intellectually on a daily basis, reading wonderful articles written from deep perspectives & not just some cheap attention-seeking.

Am I saying social media is useless? Not at all. It's useful. I've gained a lot in all my years of frantic active Facebook life. However I discovered that adding to yourself on Facebook is like finding a needle in a sack of hay. The needle is there for sure: you'll just have to spend so much time looking for it. What you will gain in 4 hours of Facebooking can actually be gained in 30 minutes elsewhere.

I salute the Facebook crusaders — those who want to change the world one Facebook post a time. We're in this together. I've not stopped. I've only shifted the venue of the crusade from Facebook to some other forums. I just needed a break from Facebook for now. Hopefully, I'll be back one day.