Home / education / Critical Thinking Is The Product Of Intellectual Honesty! By Darren Idongesit

Critical Thinking Is The Product Of Intellectual Honesty! By Darren Idongesit 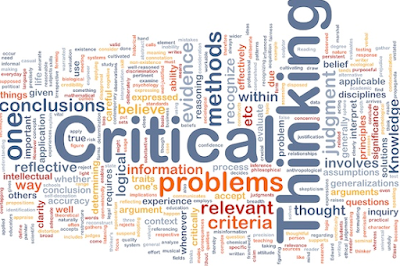 In the business of critical thinking, you are always willing to lose with glee as long as the antithesis to your argument is sound and empirical.

Critical thinking is not just a phrase, it's a lifestyle, a 'religion' of sorts; a religion that makes no tactical sense but on careful examination, it's strategically sound and altruistic.

So intellectual dishonesty being the opposite of honesty- informed honesty- one is carefully analyzing factors in a disinterested manner, a tendentious principle that might come in conflict and often does, with the sincerely held beliefs and opinions of others as well as the battle against cognitive and confirmation biases within.

To be a critical thinker, you have to be principled and willing to lose your own biases when discovered to be wrong no matter how embarrassing it is to admit being wrong.

A religious person would find it hard to be intellectually honest on some occasions especially when the notion comes in conflict with a core belief that is cherished by the thinker.

This can be observed in Nigeria when Muslims readily agree with evidence that is critical of Christianity but suddenly become defensive when confronted with an equally 'astounding' quaranic claim.

They seem to agree that it is impossible for someone to be born of a virgin or raised into the heavens as Jesus was; while it's true that the claims in the Bible are not based on reality, the Muslim would find it hard to refute claims such as Mohamed riding a flying white horse!

The claims of the bible and quaran are equally unfounded and ridiculous, this should be made known without mincing words.

As a critical thinker, you consider every possibility not the parochial way one is prodded into by childhood indoctrination.

It's a slippery slope when one is not principled, you will slide down the path of false validation for over 3 thousand gods and religions and you do all this without a shred of empirical evidence just because you were dishonest enough to claim your belief is the true one.

Intellectual honesty births critical thinking and it's strategic in winning a more honest and progressive society.