Home / romance / Conversation With A Few Friends About Sexual Harassment, Sexual Violation, The Rape Culture And Issues Of Abuse

Conversation With A Few Friends About Sexual Harassment, Sexual Violation, The Rape Culture And Issues Of Abuse 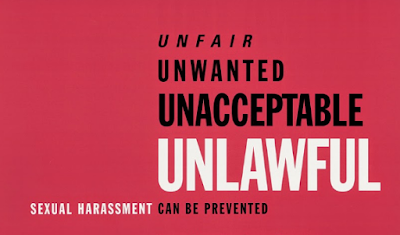 I was having a conversation with a few friends about sexual harassment, sexual violation, the rape culture and issues of abuse.

We talked about cat-calling and those unwarranted touches that start at very tender ages especially for the girl child, and a young man who was there with us said, "you people are making life difficult abeg, men will always be men".

Men will always be men is a bullshit card we have played with for so long because we have failed to teach a generation of people on what is appropriate, considerate and simple respect for other humans and personal boundaries.

Men will always be men is nothing more than an excuse to pat irresponsibility on the back and let them get away with many things they should be accountable for.

You see, I've never felt this sense of urgency to go out there and make an effort in making sure we don't repeat cycles like the above phrase that encourages harassment, abuse and disrespect.

If I have sons, biological or otherwise, the 'men will always be men' line is something they will never cheer for. They will grow up with the understanding that decency, respect for themselves, others and respect for personal boundaries is the right value to imbibe.

Men will not always be men. Except we want to say that being a man equates being violent, abusive and being a predator. And if that's the case, then that should be explicitly stated.

That we need to minimise or downplay intrusive sexual and unwarranted behaviours by people with the above phrase is a testament of the fact that rape culture is something we have quietly accepted and I am calling out such destructive acts. Enough!

Talking here is never enough and that urgency fuels my interaction with very young men and women outside the walls of social media.
I refuse to be a part of another generation that will fail the young ones coming after us.