Home / food and drinks / As A Child, When Our Mother Announced That Beans Was Slated For Lunch

As A Child, When Our Mother Announced That Beans Was Slated For Lunch 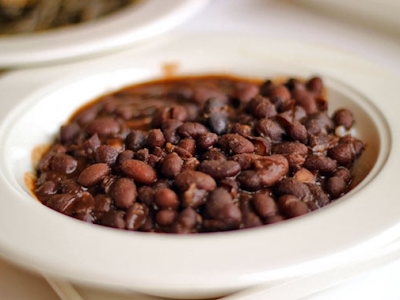 As a child, when our mother announced that beans was slated for lunch, the news was welcomed with grunts and endless murmuring. Nna eh, beans again? Beans a na anaghi eghe eghe! Indeed, beans would sit comfortably on the stove like a sack of stone, taking forever to cook.

And for us, it was clear that lunch would come 2 hours late that day. But that’s if we were lucky. It sometimes came even much later. And for children impatiently waiting on the next meal, each passing minute felt like eternity.

Such purgatorial wait was too many a times, unbearable. I remember soaking a bowl of garri many times on beans day, as a firewall against worms that violently knocked at the doors of my intestine.

Eventually, as we grew up to buy our own blue-flamed gas cookers, it became clear that it wasn’t even about the beans as we thought. Indeed, it wasn’t that beans was hard to ‘done’ as we believed. No, it was simply the case of a child spoiling for a fight when he sees a weaker opponent. The beans had been forming never-die because it saw a stove. A bloody, wretched stove.

All that Goliath swag, all that starving we received on account of its stubbornness, imagine, it wasn’t about the beans. it was just that the rubbish stove had the cooking strength of a church rat.

I set my own pot of beans on fire these days, and in minutes it is softer than a day old puppy.