Home / local / What Is The Duty Of A Citizen?

What Is The Duty Of A Citizen?

To think! A citizen owes it to society to become a philosopher citizen. 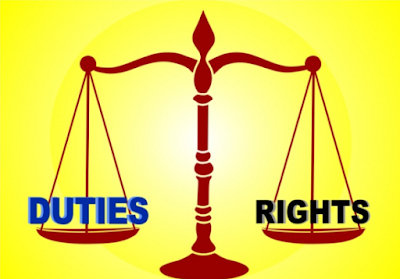 Plato had described an utopian country ruled by a philosopher king but the limitations of such a monopoly on philosophy became apparent in the motivation of tyrants such as Hitler and Stalin, this limitation was explained by the Austrian philosopher Karl Popper.

A democratization of knowledge and wisdom.

As I usually draw inspiration from a biblical perspective, I'd love to highlight the quest for knowledge in the garden of Eden, that was the honest attempt by citizens to acquire knowledge but then a god who was the all knowing and powerful philosopher king didn't want this to happen.

The desire for philosopher citizens is to counter the narcissistic narrative that only one person deserves to be all knowing and powerful.

We can't trust one person to carry the title of all knowing and all powerful as that predisposes society to tyranny as exemplified in the failings of the biblical god and Hitler.

Philosopher kings such as these two would resort to genocides to keep the attention on them, it's a narcissist's proclivity to employ violence in quelling a different opinion hence the need to encourage citizens to put to use the human agencies of thought and choice.

Given that I've put up an argument on the need to have philosopher citizens, I'll go on to give my thoughts on death much later.

Do we owe dead people?

Is it right for the dead to blackmail the living?
Can you have powers and responsibility in death?
I'll try to put up an argument to this effect.