As healthcare professionals, nobody excuses ignorance especially in medical practice. 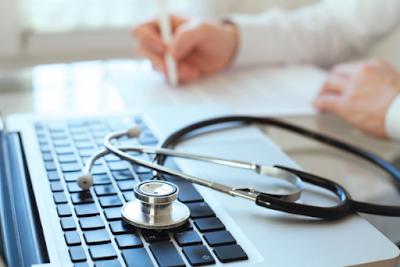 Doctors and other healthcare professionals are constantly reading about their jobs and changing their practices to keep up with the zeitgeist which defines the gradual progress to a modern and better informed society.

I'll not go into details but I'll brush through some instances were medical practice evolves with new information through research.

A. Antibiotics, when it was discovered that some mycologic species produced molecules that inhibit bacterial growth, the advance in medicine was unprecedented. People started developing antibiotics from both natural and synthetic sources, however, there is an evolutionary phenomena known as drug resistance were species possess either intrinsic or acquired resistance to antibiotics.

So worrying is the issue of drug resistance that after expansive research, the medical evidence points to the need to reduce the prescription of antibiotics especially self medication to avoid drug resistant species emerging.

We know it's commonsensical to say that antibiotics cure infections so we should take it but then the medical evidence suggests that you shouldn't take it liberally, get a doctor's prescription first.

Doctors don't stick to the old ways of doing things, they work on evidence based medical practice.

B. Homosexuality, prior to the 80s, the American Psychiatric Association(APA) listed homosexuality as a mental health issue and this idea informed medical practice and legislation; However, more research showed that homosexuality is a normal sexual orientation and the medical evidence led to its delisting by APA.

This change in medical practice with new evidence helped inform government policies in America to prevent the discrimination of other human beings.

On the issue of grooming secondary children or marrying underage girls, the evidence is there that this is a very bad practice and shouldn't be encouraged.

It doesn't matter if your father married your mother when she was 13, that's what happened when no detailed evidence was used in guiding our practices.

Today there is evidence that this is wrong and we can ensure people keep up with the zeitgeist.

If healthcare professionals refuse to change their practice based on available evidence, how will the hospital serve the patient better?

The same need for change in ensuring better practices is the same urgency that we must use in dealing with social issues.

I'll not mention Immanuel Ifediata again but schools should know that female students are there for education not to be targeted for sexual exploitation, I am not sure if there is any research into the mental health of female students who are under pressure to have sexual liaisons with lecturers for grades.

If there is such a research done, I know it would show the dangers and very unethical nature of teachers "liking or catching them young."