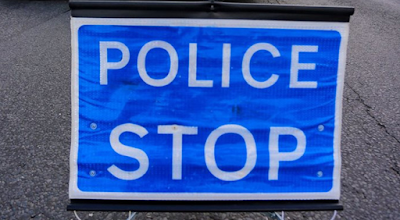 We just had a horrible encounter with a policeman at a police road block at about Ekiadolor village on the Lagos Benin expressway. A sergeant whose name plate read: Atiba John, with a rifle slung across his right shoulder, flagged our car down and kept directing us to park, park, park until we almost drove off a ledge.

Then he asked my brother Austine, who was driving to come down and open the boot of the car. Austine opened the boot and oga sergeant did not even bother to look at the boot. It became obvious from his aggressiveness that we were in for a long wait unless we "rogered" him. But he was waiting in vain.

Thereafter he asked for all the papers of the car. When asked which paper he got upset. He asked first for vehicle license. He followed with insurance documents. That was followed by driver's license.

Meanwhile we watched him in silent fury, aware that he was delaying us and being deliberately mean in the hope that we will "settle." With arrogant swagger, he went to the windscreen pretending to check the license number. All of these in silence.

When it became very obvious that this was a war of attrition he would not win, because all documents were in place and up to date, and the folks he was dealing with were silent, he returned the papers and without the courtesy of a word, he walked away to flag down another victim.

When we asked if we can go, he stared balefully at us, saying nothing. We got into our car and drove away. That was an hour wasted with the arrant policeman.

Amazingly, Sergeant Atiba John and his other three man team were the only policemen who set up a roadblock in all of the about 300 kilometers highway from Lagos to Benin. May God save us from the ruthlessness of mean policemen. Lesson to learn. Make sure your documents are in good stead. Be patient and do not succumb to the bullying of men paid from our taxes.