Home / football / Who Really Is Wenger

Who Really Is Wenger

Who Really is Wenger? 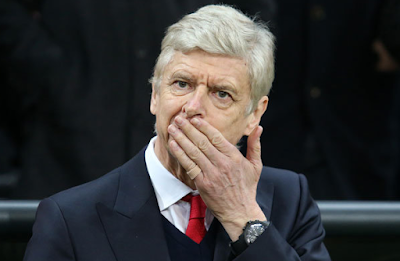 Fans and anti fans of Arsenal Football Club of the English Premier League think they know Arsene Wenger, the club's manager. I theresay, they don't. They really don't. Watch again, the match against Liverpool yesterday and you might get a clue.

First half, he benched Sanchez, the team's only dynamo. Wenger was rewarded with two goals against Arsenal. He made no changes in that half despite the team's woeful performance. Did you see the team's defence? It is perhaps the worst ever performance in the EPL. Worse than Man. City's defence early this season.

The defence was a smattering of two, three confused, lazy and bedraggled fellows. An open Sahel strategy in a period when even the best teams pack the bus when losing heavily.

Wenger then waits until the second half to introduce Sanchez. But guess what? He leaves the sickly defence exactly as it was in the first half.

Wenger is not, by any stretch of imagination, a dumb or unintelligent manager. But the team he played and the strategy he executed yesterday was not for the team, not for the fans, and not for the club. It was for himself. For himself and himself alone. He wanted the club to lose. And he got what he wanted.

Wenger is not too old. He has not lost his touch. He is still one of the best. Now, that is exactly why both fans and his detractors are confused with some claiming that Wenger has lost it and has become incompetent and too old school. But I say that is untrue.

After studying, over the years, Wenger and his losing trends, particularly in crucial nail biting matches that ought catapult the club to lead the EPL table, I have come to figure out a hidden missing link: That Wenger must be a closet addict gambler. He must be making huge money under the table by deliberately undermining his team and losing crucial matches. Or perhaps some match mafia dons are holding him hostage or are blackmailing him.

Yes, Wenger is a ruthless gambler, selfishly toying with the hearts of fans and the future of the club. That is horrible. If you do not believe me. Watch his next matches. Now that he is fifth on the table, he will tweak the team and return to top four only to gamble again.

This is why Wenger should be FIRED. Not because he is old. Not because he has lost his incomparable managerial skills. But because he is gambler. If the man is properly investigated, I can bet my last "crashing" Naira, that his closet will be discovered with tons of Prince Willy Ehi Obiyan coupons or perhaps those shadowy Far East football mafia dons may be found with Wenger doing late night dinners and smoking fat cigars while sharing their betting loot.

Wenger is an incurable gambler. No one can convince me otherwise. Time to FIRE and BLAST off his sorry ass with an Arsenal Cannon.