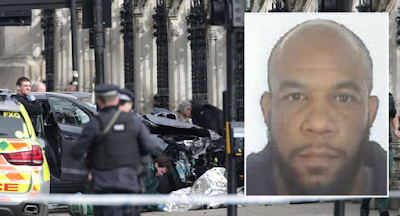 radicalization has said that Khalid Masood had 'no criminal records' while in KSA and wasn't suspected of being a terrorist!

How will an Islamist have a criminal record in the home of radical Islam?

How can a UK citizen born Adrian Elms not raise concerns when he turns up as Khalid Masood after visits to Islamist KSA?

KSA has been funding Islamic causes for a long time and this terrorist must have gotten Islamic teachings in the hotbed of radical Islam during his visits.

The role of Saudi Arabia in perpetuating Islam as a tool for geopolitical influence has to be examined by developed countries.

You can't discuss international terrorism without discussing democracy and human rights in KSA.

In a democracy, they wouldn't be celebrating and accommodating an Adrian Elms turned Khalid Masood but as a hotbed for radical Islam, a terrorist was welcomed and likely employed and tutored in KSA.