Home / local / WAS BUHARI POISONED? IS THIS A DEVELOPING NATIONAL SCANDAL OR ANOTHER HOAX ABOUT OUR ESTEEMED PRESIDENT

WAS BUHARI POISONED? IS THIS A DEVELOPING NATIONAL SCANDAL OR ANOTHER HOAX ABOUT OUR ESTEEMED PRESIDENT 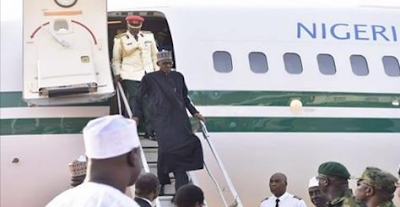 Desert Herald, an online newspaper has apparently released an exclusive report about an ongoing investigation into the sickness of President Buhari these last few months.

CAVEAT: I make no comment one way or another about this story since i have no way of verifying anything. So you read at your own risk.

Ordinarily, one should wait until the facts are confirmed but I thought this was important enough to story we need to follow and watch.

Some of the dramatis personae mentioned in the strange story are also so interesting one just has to pause and wonder.

WHY IF? I mean I am hearing they are inviting Abacha's former intelligence security chief to investigate this? Fascinating to say the list.

Of course, like most story of it kind, It may very well turn out to be a hoax like many of its kind, but I find it detailed enough to take a chance by posting it here without independent verification (thats the job of reporters o).

I definitely would pull it once its discredited. I just thought you guys may have fun with this - both Wailers and Hailers and the non-aligned commentators like me. LOL