UPDATE II: THE EVIL OF UNILATERAL STORYTELLING (cont'd from the previous post) 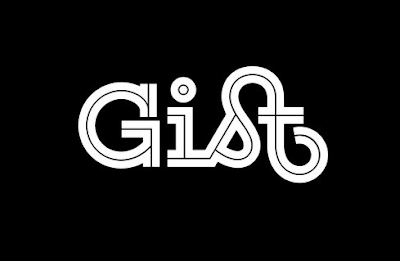 In the previous post, I spoke about the gender militants that bombarded my post to cause all manners of trouble. But there was a particular one of them that was quite impossible. Beside the contents of the post that she blatantly misrepresented, she also knew that it was a misogynistic post because I, the author, must have been a 'misogynist trying to excuse adultery'. What a wonderful tag to own!

'Misogynist' and 'excusing adultery' are exactly two of the things you can call me and will make me lose my head. I can shoot someone dead just for that because those things are exactly opposite to what I stand for in life. I discourage adultery and I'm not just a passionate feminist, I'm also an anti-misogynist (if there's something like that).

I kept my cool and continued engaging her. But after a while, I discovered why she thought I was a misogynist. She has always held the opinion that Nigerians are misogynists and because I'm a Nigerian, I must be a misogynist. Hahahahahaha....wait for more!

She claims to be an American married to a Ghanaian man. She also claims to do lots of work for women's emancipation in Africa. She kept saying women who have reduced libido do so, not because they're not naturally libidinous, but because they don't want to have sex with men that maltreat them. I noticed that she used the word 'maltreat' so often in her comments. So I asked her if she has been maltreated by any man and if that could've jaundiced her view on the discussion at hand. To simplify matters, I will drop some of her quotes here:

"...I mentioned the mindsets of women because that is what my dissertation focus is based on. As a result, my primary study and area of expertise is in women in Africa, what they do, how they think, and how they are treated by men and the government..."
"...I know what Nigerian women tell me. It is not positive..."

Right there and then, Funmilola Afolayan, a Nigerian woman then told her that her man treats her right. Our American-married-to-Ghanian 'feminist' said,

"As far as how 'well' men treat women in Nigeria, I must say that is the FIRST time I have EVER heard that from a Nigerian woman. Perhaps we have a different definition of being treated well..."

In other words, before Funmi said so, this American guest had never heard a Nigerian woman say good things about men. Of course, the question begged to be asked. Someone then asked her where she got the Nigerian women she interviewed in her study from, as in, how she recruited these Nigerian women that didn't tell her anything positive. She replied,

"No recruitment necessary. America has lots of Nigerians here. I have actually lived in Ghana where not only do Nigerian women live, but the cultures are extremely similar. My dissertation study was based off one done in Nigeria first."

So her study participants were Nigerian women who have run to the USA for asylum. Then she has studied Ghanaian women whose stories in her reckoning, should be similar to Nigerian women. And again, because she extracted her study from a previous study by someone else who was based in Nigeria, then the conclusion of her own study done on Nigerian women living in America should be accepted. Laughable, isn't it?
She continued,

"...my study was not on Nigerian women. But on Ghanaian women. My additional contributions via my NGO based in Ghana has been published and used by governments and academics all over the world including Nigeria and other 2nd and 3rd world countries."

Let me stop. Now you see where our problems lie. Typical unilateral storytelling. That's the mistake of the West. Nonsensical position that says all Nigerians are Boko Haram terrorists and all African men treat their women badly. And no, they want to force their own false stories about us on us. Most of them sit down in far away places and project their biases on us. Reminds me of the experiment that showed that most American college students that claimed to know so much about Boko Haram couldn't even locate Nigeria on a map. To them, Africa is a sick continent that needs western liberation. Nothing good exists there. Pscheewww!

This lady claims to know us more than we know ourselves. Why? Because CNN and the other media tell her so much. Why? Because she has read so much of what her fellow Americans have written about Nigeria. In Nigeria, men are useless, misogynistic. They all beat women and traumatize them. You see our lives outside?

To her, they don't beat women in America. The US is the land of the sane and saints. Chris Brown and all the other millions of perpetrators of gender violence in America are ghosts. And that's why she must rebuff all the scientific evidence I supplied.

We ended her matter by giving her 2 pieces of advice:

1. Taoreed Oladejo put it to her succinctly,
"If what you used are Nigerian women in America, your study lacks external validity; and frankly, it's a lazy attempt at studying Nigerian women...you can't talk authoritatively about Nigerian women if you've not been to the slums of Ibadan, the villages of Enugu, the high rises of Lagos and the "lungu" of Kano. You just can't."

2. We also advised her to be more concerned about the gender violence and maltreatment of women in the USA before getting bothered about Nigeria.

Summary
It's terrible when someone who knows next to nothing about you insists that they can tell you your own story. Unfortunately for her, the Nigerian women she talked to in the USA and on Facebook aren't the true Nigerian story. They're the distorted stories of ours. Lots of us Nigerian men aren't misogynists. We know who we are. Lots of our women aren't suffering too. They know how they're faring too.