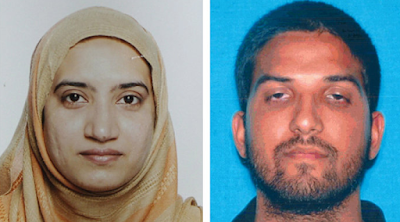 Last year, the European Court of Justice ruled that it was unconstitutional to grant Islamofascists their wishes when they wanted to foist their political and unreformed Islam on the education of their daughters in Switzerland.

The Islamist parents withdrew their daughters because the school wouldn't provide a separate pool but then the Swiss courts ruled that education plus swimming lessons are mandatory for all Swiss or future Swiss citizens.

The case moved to the ECJ which is the highest court in Europe, the Islamofascists lost and the little girls were able to swim with their future fellow citizens in an equal platform, no discrimination based on gender.

The European Court of Justice which is the highest arbitration agency in the bastion of civilization and human rights has also recently upheld the rights of employers to ban scarfs and hijabs(religious symbols including rosaries) in the workplace.

This is a victory for women's rights and a defeat for Islamofascists like Tayyip Erdogan and Osama Bin Ladin wannabes around the world especially in Nigeria.

Unreformed Islam is in an abusive relationship with Muslim women and democracy so it's not entirely out of place to see human beings say things like;

"I am comfortable wearing this black costume in the sweltering heat, it's my choice to wear a hijab to the beach as it helps with buoyancy!"

It's not a democratic choice, if it's choice then there would be no penalty or ostracism for Muslim women who choose not to wear it.

Unreformed Islam is what the sultan of Sokoto quoted in his advice to the Nigerian senate not to pass the Gender Equality Bill into law.

Unreformed Islam is conservative and fascist in countries like Turkey, Nigeria, and Saudi Arabia. The fantasizing about an Islamic caliphate with shariah laws is fascist and unaccommodating to divergent ways of life.

The idea that sharia law supersedes human rights and humanistic laws is by character- fascist.

Europe is leading the battle against unreformed Islam and would soon move to closing down mosques that preach a message that will hinder proper integration of migrant communities into the larger host nation's culture.

It's fascism to demand special and inflexible privileges for Islamists in civilized societies.