Home / education / The Real Work Is Behind The Scenes

The Real Work Is Behind The Scenes 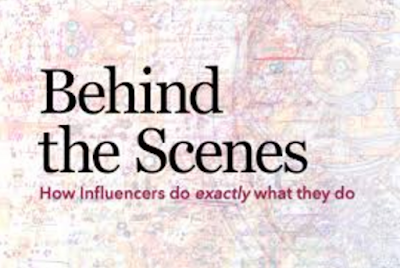 Few years ago, someone from my state was a part of a reality TV programme that was going to be adjudged largely on votes from viewers.

One of the things that made me vote endlessly for him was the way his friends at home pulled in resources and gathered people far and wide to vote.

I still remember getting recharge vouchers from a couple of people to vote every weekend. I did just that.

They went beyond just talking on social media to doing the actual work of putting their 'money' to work. He came second place, beautifully.‎
‎
Last week, I had a conversation with a few friends who lamented bitterly about someone's eviction from a tv show and I asked them just one question, "did any of you vote for the said person" and none gave me an answer. I did not take their complaints serious.

In the university of Uyo, I learnt politics and politicking and I learnt something that my friend Kemfon Neke taught me called 'nkakad'. I cannot explain this in English but largely, it means that beyond the surface support, one had to roll their sleeves and go to work to solidify their support for a particular person. It's a behind the scene kind of work.‎

I still remember the last SUG election I was involved in before my graduation. A leading candidate took for granted that his 'popularity' and 'niceness' will deliver him at the polls but the other guy, silently with his friends and team went door to door, hostel to hostel, class to class campaigning and selling their candidates. Beyond the posters and pictures, they rolled their sleeves and worked.

Sometimes, we think 'verbal' show of support is enough. We become oblivious to the fact that there are people out there, putting their hands to work while we cross our hands and make fanciful speeches.

The real work is behind the scenes. Are you voting/working hard for who you are supporting 'verbally' or are you waiting to scream 'manipulation' when it doesn't turn out in your favour?‎ Are you putting your money where your mouth/heart is?‎
‎
Talking is not enough. Imagining is not enough. If you fail to understand the 'nkakad' philosophy, you will be hit by a surprise you did not see coming from your opponent.