Home / local / Peace Euodia Died From the Complications Of Childbirth

Peace Euodia Died From the Complications Of Childbirth

Peace Euodia is another amongst the numerous victims of fanatical religious doctrines and laws. 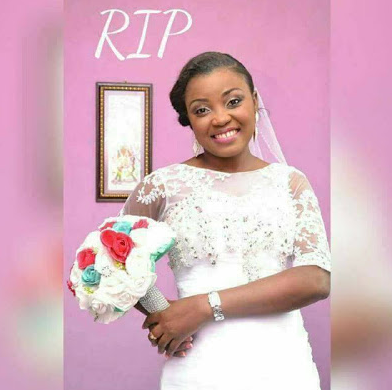 She died from the complications of childbirth but her death was avoidable if only her church allowed her to get blood transfusion.

Can her family and friends sue the Jehovah's Witnesses for damages due to their fanatical doctrines?

No, it's unwise to do so given that JW in Nigeria has a well funded legal team that attack medical practitioners who err in the event of emergency.

You can't give blood transfusion to a JW member even while unconscious and in a particular case I am familiar with, the wife of a RTA victim adamantly refused blood transfusion for her dying husband. Least to say, the man died after drifting in and out of consciousness.

The theory of hospital gossipers was that the man could have accepted blood transfusion if he was in a better condition to give informed consent. I wouldn't dwell on someone else's speculation except mine and my conclusion is still the same I held back then- the man wouldn't have received blood transfusion even if he was in a momentary window of acuity amidst the throes of death.

Religious indoctrination is akin to the manipulation of cult groups that twist the perceptions of individuals to ensure that doctrine triumphs over personal health and wellbeing.

Do we blame the indoctrinated?

Certainly not, I don't even blame Abubakar Shekau of Boko Haram infamy. These people are not in tune with reality therefore can't be directly held accountable for their irrational decisions.

The blame falls on the ideas, the doctrines and its purveyors. The faith merchants and forever bliss advocates are to be blamed for the irrational actions of the indoctrinated.

JW is an evil organization same way the Catholic Church is, the all share this repugnant qualities with unreformed Islam as practiced by a large number of Muslims today.

The Chris Oyakhilome lookalikes are not to be blamed for such fanaticism, the blame lies with the purveyor-in-chief.

When religion steps on personal liberty, health and wellbeing it looses the immunity from criticism.

The Catholic Church causes untold socioeconomic hurdles for poorer countries because of their irrational doctrines such as the doctrine on contraception.

The Philippines learnt a hard way when the government did multiple surveys that was to shape future government policies aimed at reducing crime and poverty.

They discovered that uncontrolled childbirth was a negative factor and had the potential for future security challenges but then it didn't come as a surprise that a population of more than 80% Catholics were influenced by church doctrines on contraception.

The government tried lobbying the Catholic Church but the bastion of irrational beliefs wouldn't bulge, our members would take doctrine or death and socioeconomic problems.

The government went ahead to disobey the Catholic Church, an unprecedented move which saw the liberalization of laws prohibiting contraception and provisions were made for better and healthy reproductive choices.

In analysis of events of this nature, religious doctrines should never come above personal liberty, choice, health and wellbeing.

Don't follow your religion without critical analysis with the view of making choices that bring longevity and a fulfilled life in the here and now.